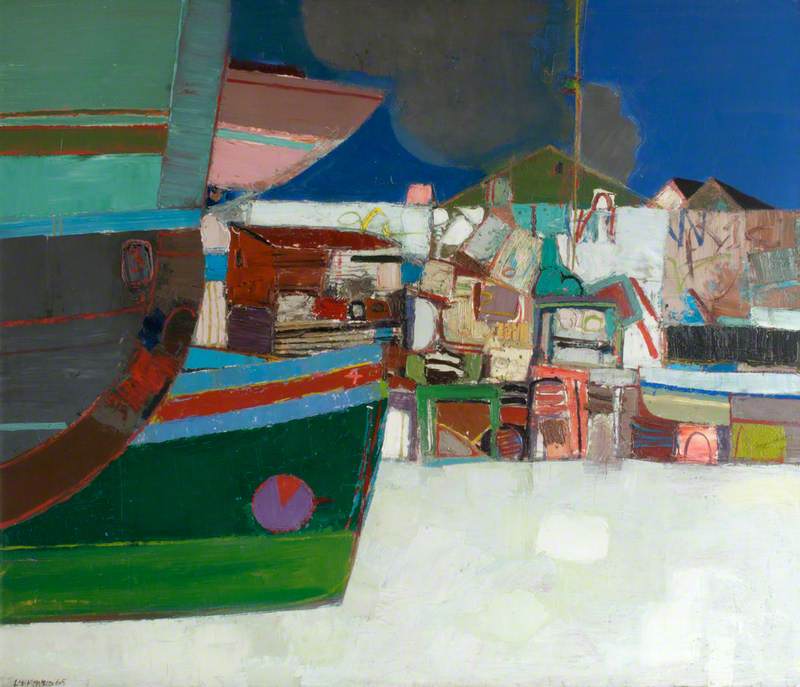 Painter, draughtsman and teacher, born in Edinburgh. His work was colourful and witty and adept at catching the spirit of a place. He studied at Duncan of Jordanstone College of Art in Dundee, Slade School of Fine Art, Edinburgh College of Art and Accademia di Brera, Milan. From 1965–8 he lectured at the Edinburgh College of Art, taking a similar post at Glasgow School of Art, 1969–79. In the latter year he moved to Australia as head of the department of fine art at Chisholm Institute in Melbourne, resigning in 1984 to paint full-time, although he lectured in drawing, Ballarat University College, in 1991, moving to London in 1992. After eight solo shows in the United Kingdom Morrocco had a series of one-mans in Melbourne and Sydney, his first British show for a dozen years being held at Portland Gallery in 1991.