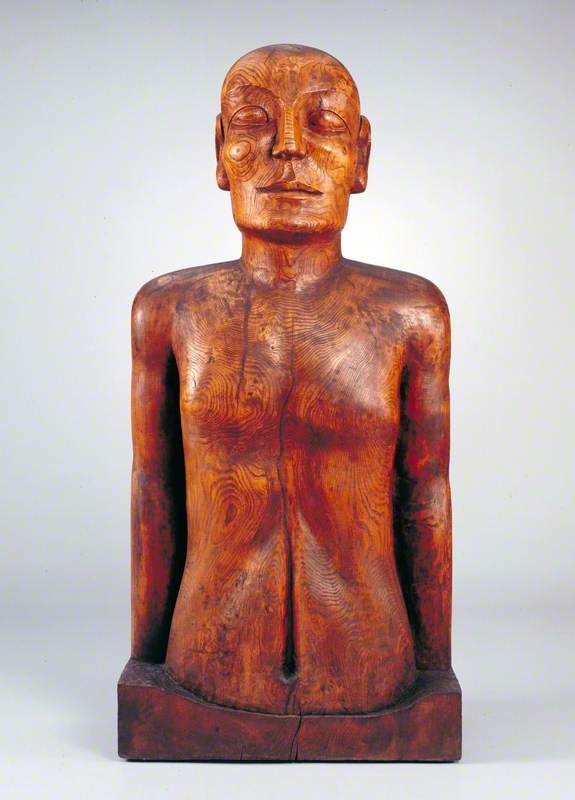 Sculptor and writer, born in Kingston, Jamaica. He left to study dentistry in England in 1923, but decided to give up practising to sculpt, learning by trial and error. Moody was in 1929 inspired by Egyptian sculptures in the British Museum, and primitive sculpture greatly influenced his work, which was preferably in wood, although periods of ill-health were later to curb his ability to handle large sculptures. Moved to Paris in 1936 and had outstanding early success with one-man exhibitions: in Paris in 1937, and in Amsterdam in 1938. World War II forced his return to England in 1941, which then remained his base. Although he had some success, he was not taken up by the art establishment. Showed often with SPS, of which he was a member, and exhibited solo at Woodstock Gallery in early 1960s.

Read more
Leicester Museum and Art Gallery and National Gallery in Jamaica, where he was several times honoured, hold his work. Was represented in The Other Story, Hayward Gallery and touring, 1989–90. When a group of his works was shown at Tate Britain in 2003, with works by Henry Moore and Jacob Epstein nearby, The Times critic John Russell Taylor remarked that Moody’s did “not seem at all out of place in this lofty company.”