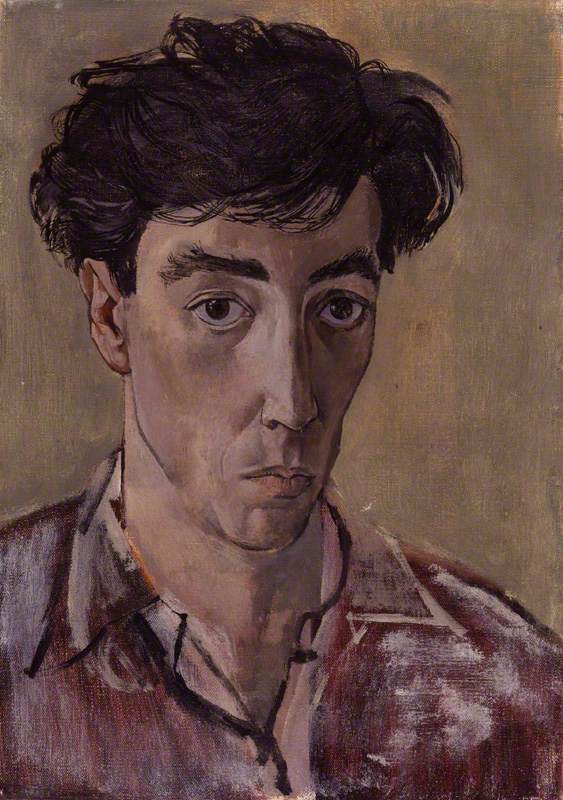 (b Great Shelford, Cambridgeshire, 25 Dec. 1917; d London, 20 Jan. 1957). British painter, illustrator, and designer. In 1938–9 he spent a year in Paris, sharing a studio with Michael Ayrton. Among the artists whose work he saw in Paris, he was particularly influenced by the brooding sadness of Berman and Tchelitchew. From 1943 to 1946 he had a studio in London at 77 Bedford Gardens (the house in which Colquhoun and MacBryde lived) and from 1946 to 1952 he lived with Keith Vaughan. Minton was a leading exponent of Neo-Romanticism and an influential figure as a teacher at Camberwell School of Art (1943–7), the Central School of Arts and Crafts (1947–8), and the Royal College of Art (1948–56). He was extremely energetic, travelling widely and producing a large body of work as a painter (of portraits, landscapes, and figure compositions), book illustrator, and designer.

Read more
After about 1950, however, his work went increasingly out of fashion. He made an effort to keep up with the times with subjects such as the Death of James Dean (1957, Tate, London), but stylistically he changed little. He committed suicide with an overdose of drugs.