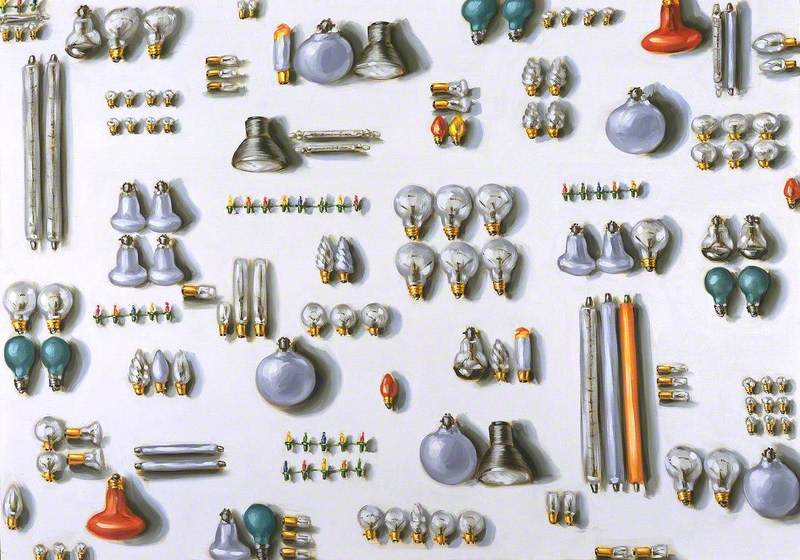 Canadian–British painter, born in Vancouver. She settled in London in the late 1970s, studying at *St Martin's School of Art and *Goldsmiths College. She achieved fame in the 1980s for paintings in which everyday objects were arranged in a grid pattern against an off-white background. These paintings were marked by a remarkable balance between a painterly surface and a vivid, almost illusionistic representation of the textural qualities of objects. Handles (1988, Walker Art Gallery, Liverpool), for which she won the *John Moores Prize in 1989, is a fine example. The variety of ornate Rococo types is emphasized by the deadpan composition. The range of subjects became extended to include more exotic or precious objects such as rare stamps and Greek vases.

Read more
She has recently painted more humorous pictures, including cartoon-like images of Japanese geishas in incongruous situations, first exhibited in 2003. Further Reading A. Searle, ‘How the Zebra got its Stripes’, The Guardian (20 January 2001)