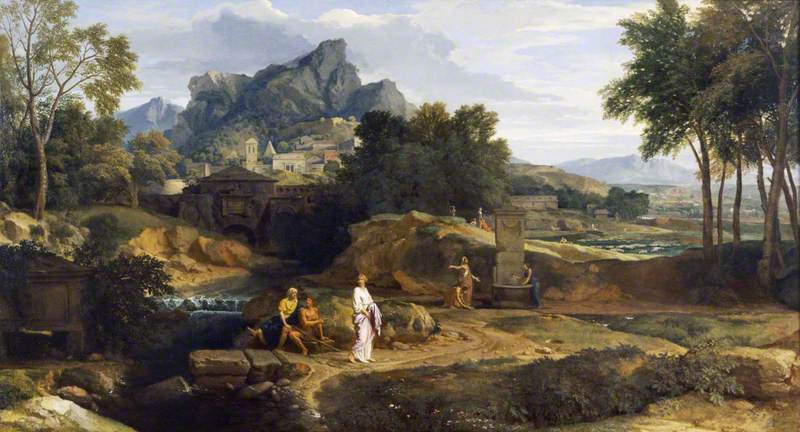 Classical Landscape with Figures near a Fountain (Hillside Town by a River beyond) c.1660–1665

(bapt. Antwerp, 27 Apr. 1642; bur. Paris, 3 June 1679). French landscape painter of Flemish birth. He worked mainly in Paris, but he is said to have visited England and Holland. No signed or documented paintings are known, but several are authenticated by early engravings. His work was influenced by Poussin and Dughet, sometimes enlivened by romantic touches in the manner of Salvator Rosa, as in Mountain Landscape with Lightning (NG, London), one of the most original works of an artist usually content to be an able follower.