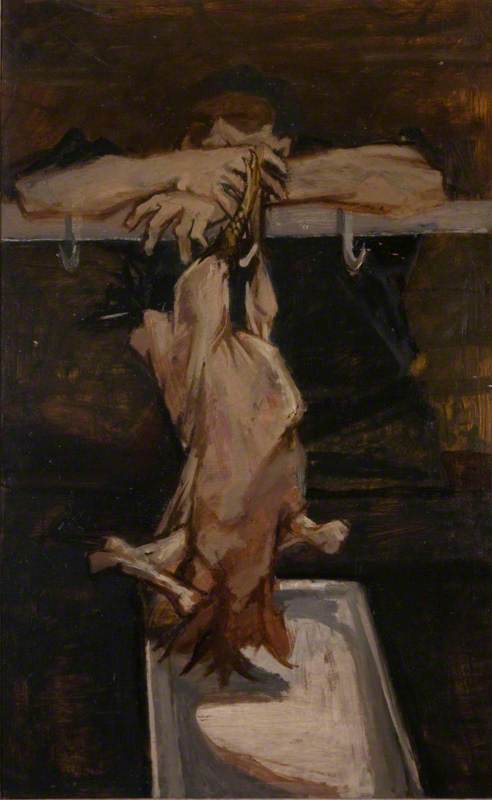 British painter, born in Chelmsford. After war service (during which he was awarded the MC) he studied in London at the Regent Street Polytechnic, 1948, and the *Royal College of Art, 1948–52. His contemporaries at the RCA included Derrick *Greaves and Jack *Smith, and with these two and John *Bratby he became one of the leading representatives of the *Kitchen Sink School in the 1950s. However, Middleditch was more interested in nature than in *Social Realism (landscapes and flowers are his favourite subjects) and in the 1960s his work became increasingly abstract without completely abandoning subject-matter. His dealer Helen *Lessore recalled that he never talked of his wartime experiences and deduced from this that the memory of them lay behind all he did.

Read more
There is certainly a strong sense of mortality in his treatment of animals. Pigeons in Trafalgar Square (1954, Leicestershire Education Committee) is an almost entirely grey painting. The low viewpoint makes the square appear nearly deserted; the setting is dominated not by the buildings but a deep perspective of rain pools. Middleditch taught at various art schools, notably Norwich School of Art, where he was head of fine art, 1964–84. From 1984 to 1986 he was keeper of the *Royal Academy Schools. Further Reading J. Hyman, The Struggle for Realism (2001)