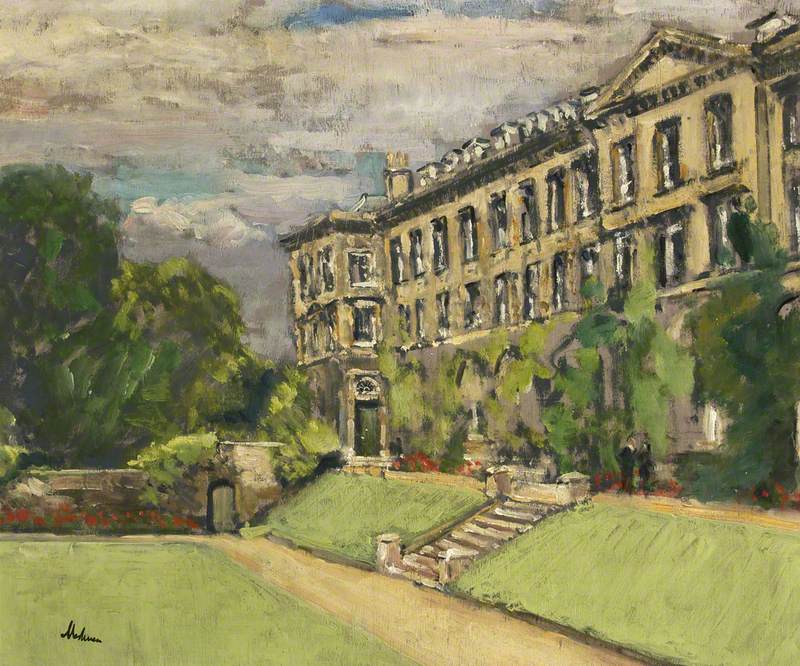 Landscape and figure painter, real name Paul Ayshford, born in Corsham, Wiltshire. Methuen took a degree in natural science at New College, Oxford. While there he studied painting under Sir Charles Holmes, later under Walter Sickert, whose influence remained. Methuen became assistant at the Transvaal Museum, Pretoria, 1910–14. After World War I Army service he was at first livestock officer and then marketing officer to the Ministry of Agriculture; all his life he remained a countryman, interested in scientific farming. He now gradually established himself as a painter, having a first one-man show at the Warren Gallery, 1928. He had many solo exhibitions at the Leicester Galleries and at Colnaghi’s and showed at RA and NEAC. Tate Gallery and Victoria & Albert Museum hold his work.

Read more
Methuen held a number of official positions in the art world, including presidency of the RWA and trusteeship of the National Gallery and Tate Gallery, 1938–45. He was elected RA in 1959. His World War II Army service was recalled in Normandy Diary, 1952. After the war he offered part of the family home, Corsham Court, to the Bath Academy of Art, run by Clifford and Rosemary Ellis. Methuen had a retrospective in 1973 and a memorial show in 1975 at the Fieldborne Galleries.