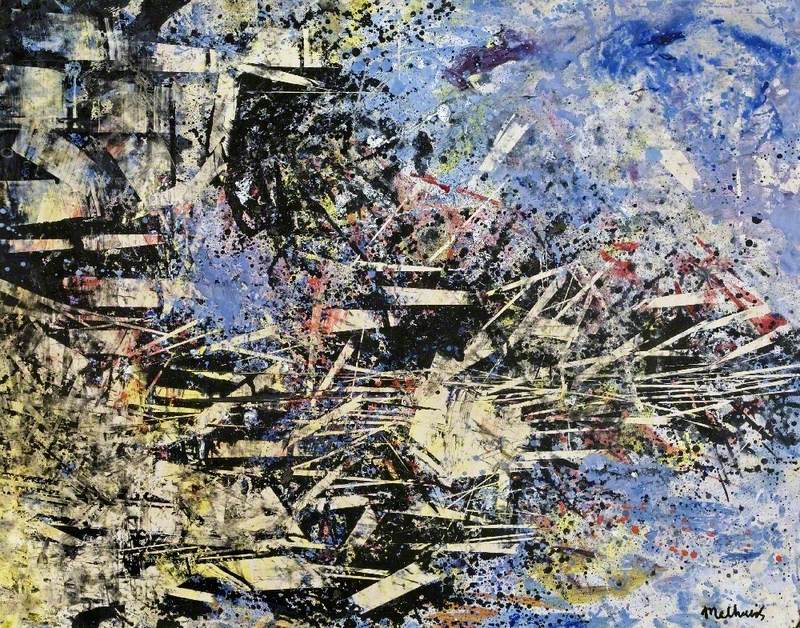 Gloucester Museums Service Art Collection
Painter and writer of a philosophical nature, born in Bristol, where he lived, somewhat mysteriously, until his death. Bristol City Council declined to accept conditional bequest of his fine neo-Gothic house, which he had filled with art treasures, because it was impracticable to open to the public. Studied art in London and Paris and showed at RA, in war artists exhibitions at National Gallery during World War II, Arts Council, RWA, in galleries in the West of England and had series of one-man shows. Public galleries in Bristol, Bournemouth, Walsall, Worcester and elsewhere hold his work, as does Imperial War Museum. Melhuish wrote The Paradoxical Universe, 1959, and The Paradoxical Nature of Reality, 1973.