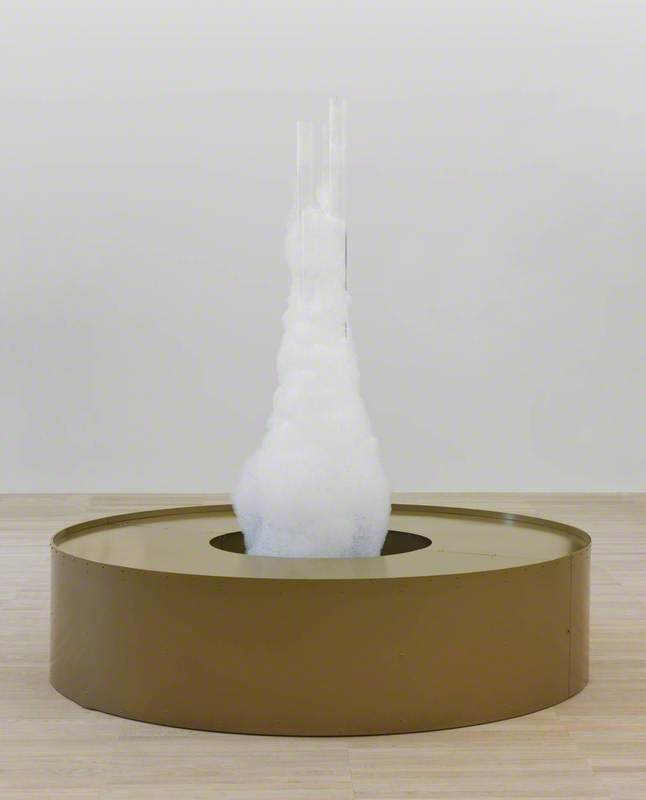 Tate
Filipino *Kinetic and *Performance artist who has lived and worked in London since the early 1960s. His work does not depend on elaborate technology but on the inventive use of simple materials. His most famous works are the Cloud Canyons sculptures (1961 example in Tate) which employ soap bubbles that are pushed from round apertures to produce snake-like forms. He has also worked with mud and sand. Such works anticipate the ideas of *anti-form and *process art arrived at by American artists some years later. He was one of the founders of Signals, a London gallery specializing in Kinetic art. Later work has often been based on spectator participation, as in A Stitch in Time at the 1972 *documenta, in which visitors were invited to add their own embroidery to a cloth, or performances held outside the gallery space in public places, such as Brighton Beach or the Eurostar terminal at the Gare du Nord, Paris.