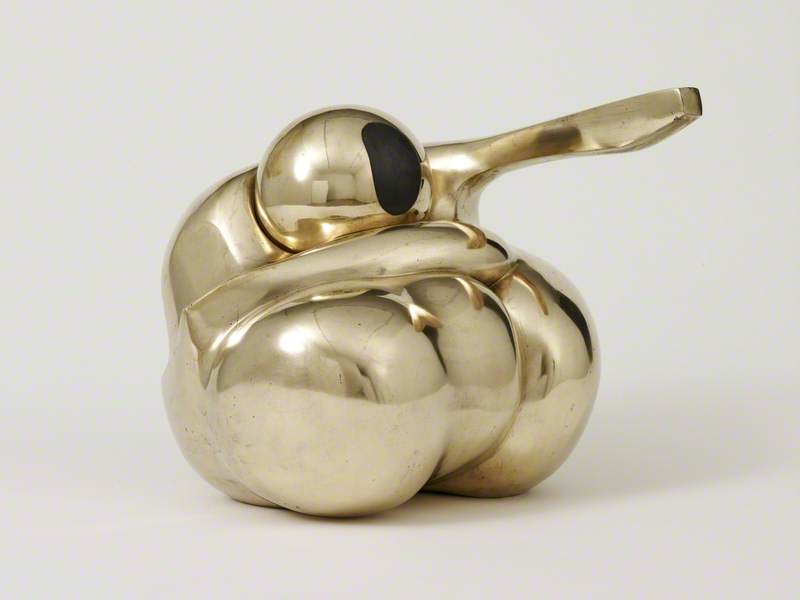 Sculptor, mainly in bronze, draughtsman and teacher, born in Norwich. He studied at the School of Art there, 1934–6; at Chelsea School of Art, 1936–7, while serving for several years as studio assistant to Henry Moore; then was at Royal College of Art, 1938–40 and 1946–8, spending intervening years in Royal Air Force. Meadows had his first one-man show at Gimpel Fils in 1957 and in New York at Paul Rosenberg Gallery, 1958–9. During the 1950s he was represented in a number of influential shows, including Venice Biennale in 1952 (again in 1964), Antwerp Sculpture Biennale in 1953 and 1959 and São Paulo Bienal in 1958. He was an influential teacher, at Chelsea School of Art, 1948–60, then for many years at Royal College of Art as professor of sculpture, as the exhibition Bernard Meadows at the Royal College of Art 1960–1980, at the College in 1980, clearly indicated.

Read more
His commissions included Festival of Britain in 1951. Meadows’ sculpture was both abstract and abstract with figurative allusions, in which dynamic energy can be concentrated. There was an eightieth-birthday show at Yorkshire Sculpture Park, Wakefield, in 1995, with a retrospective at Gimpel Fils. Chappel Galleries, Chappel, held a show of drawings and sculpture in 2001. Tate Gallery and many other public collections hold examples. Lived in London.