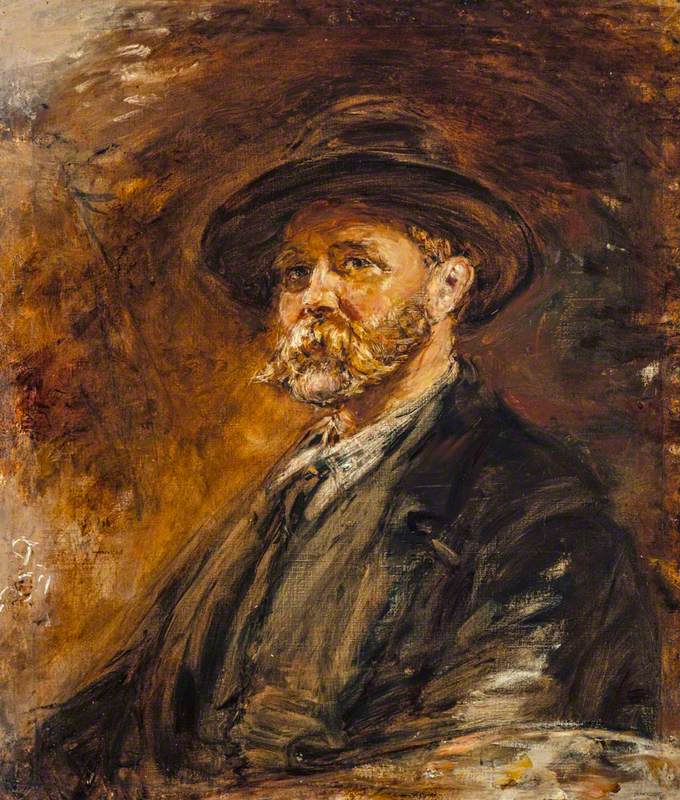 A Study of Oak Leaves in Autumn: Self Portrait 1892

National Galleries of Scotland
(b Aros croft, Laggan of Kintyre, Argyllshire, 25 Oct. 1835; d Broomieknowe, nr. Edinburgh, 2 Apr. 1910). The leading Scottish landscape painter of his period. He has been called ‘the Scottish Impressionist’, but although he was much concerned with light and atmosphere, the sense of the drama of nature in his work brings him closer in spirit to Constable. His brushwork was free and fervent and he often depicted rough seas and scudding clouds. He was an influential figure, his followers including his grandson, Sir William MacTaggart (1903–81).