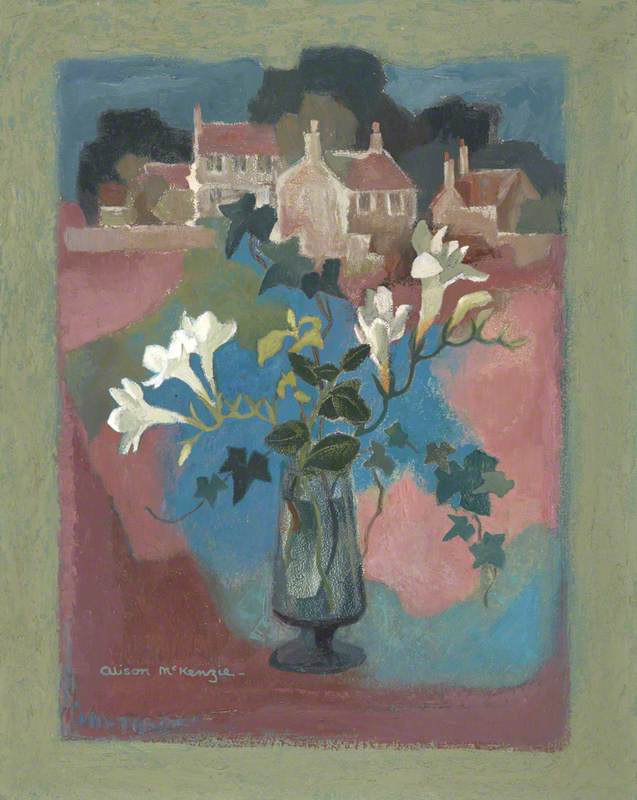 National Galleries of Scotland
Watercolourist, engraver, designer and teacher, sister of the artist Winifred McKenzie, born in Bombay, India. Studied at Glasgow School of Art, 1926–9, gaining the Fra Newbery medal. From 1930–42 she worked in London and studied under the noted engraver Iain Macnab at the Grosvenor School of Modern Art. In 1942 she moved to St Andrews, Fife, and in 1946 joined her sister as part-time lecturer at Dundee College of Art. She retired in 1957 after the sisters had established the printmaking department there. Showed RSA, RSW and NS of both of which she was a member and SSWA and had two-man shows with her sister at Cork Street Gallery and English Speaking Union Gallery, Edinburgh. McKenzie, who was especially influenced by the work of Braque, did railway posters and other ephemera, all marked with an exquisite sense of design and apt colour.