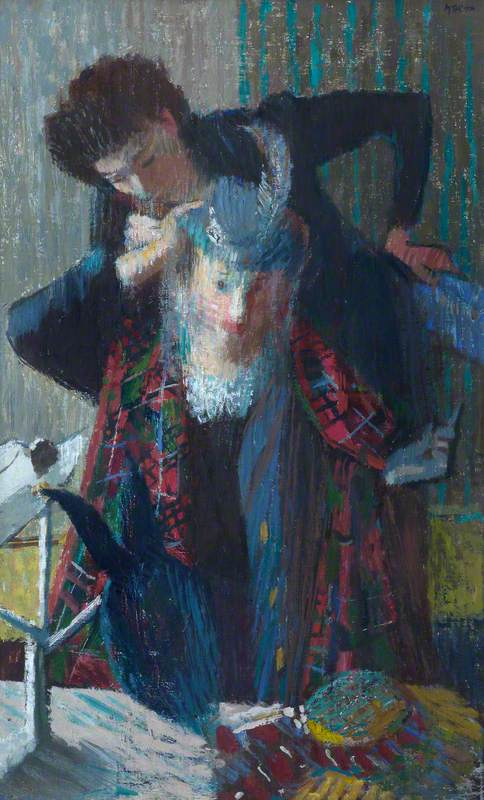 Painter, mainly in oil, especially of small, intimate interiors, and street scenes in London and France. His work has a strong sense of colour, painterliness and an awareness of French influences such as Vuillard. Initially educated in Edinburgh, McCall at first worked for a law firm, studying in the evenings at Edinburgh College of Art. At 23 he won a scholarship to Edinburgh College, sponsored by his teacher D M Sutherland, obtaining his diploma in two years instead of the usual four. Other teachers were David Foggie and S J Peploe. Scholarships in the mid-1930s took McCall extensively around Europe, and for much of 1937 he studied in Paris under Othon Friesz at the Atelier Colarossi. On his return he was awarded a two-year fellowship in Edinburgh.