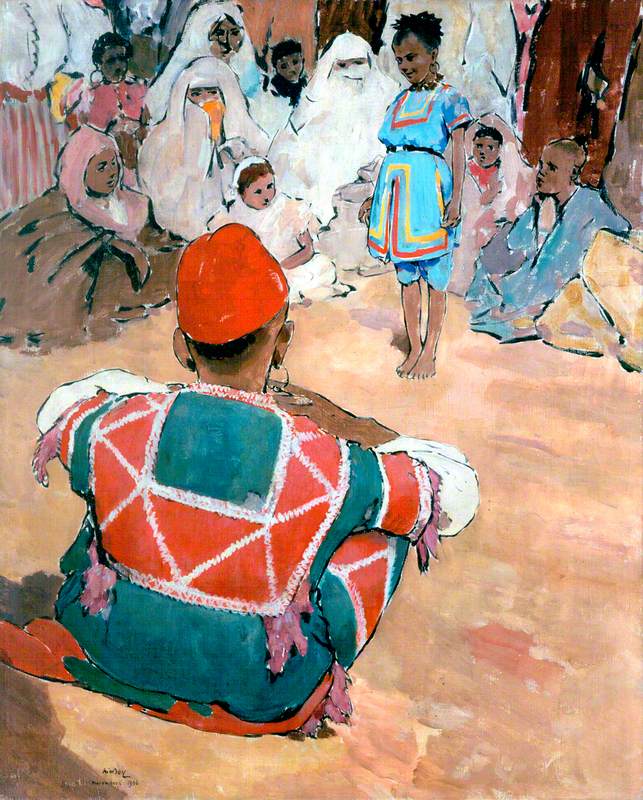 Painter and etcher, born at Foveran, Aberdeenshire, who began work in a bank. He attended evening classes at Gray’s Art School, Aberdeen, taught himself etching, built his own press and by 1906–7 was showing at RSA and Royal Glasgow Institute of the Fine Arts. In 1910 he left the bank, worked on the continent and held his first one-man show at Goupil Gallery in 1911 which was very successful. Having travelled in Morocco in 1912, during World War II McBey was appointed Official War Artist in Egypt. When the etching boom declined in the 1920s McBey, who had already painted some good portraits, including one of T E Lawrence of Arabia, diversified into oils, watercolours and drawings and established a market for his work among American collectors, having a good show at Knoedler Gallery, New York, in 1929.

Read more
Early in the 1930s McBey returned to Europe and bought a second home in Tangier, where he lived with his artist wife Marguerite and died. Aberdeen Art Gallery has a large collection of his work.