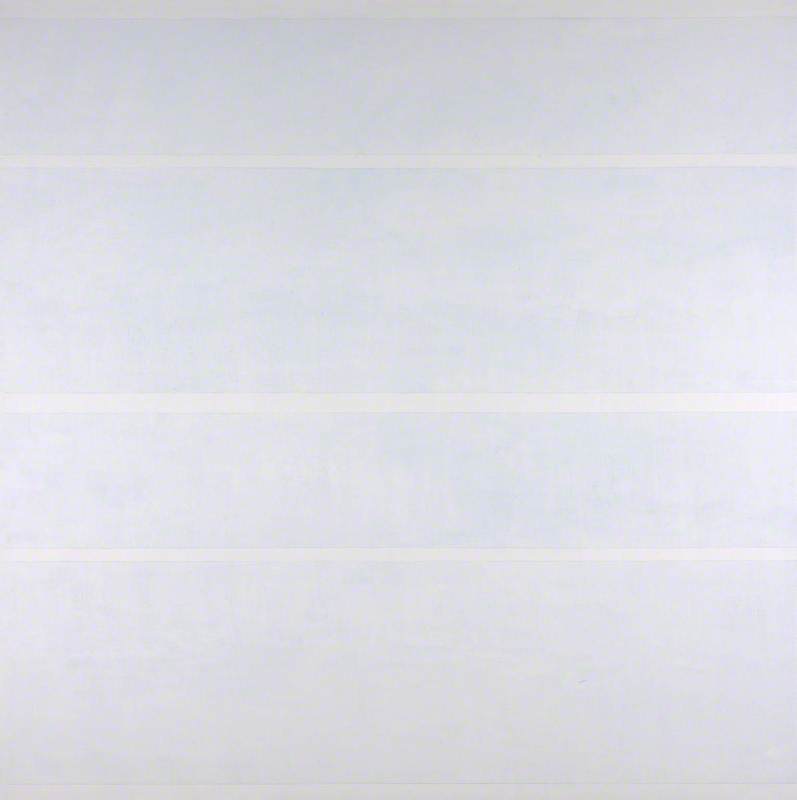 Canadian-born painter, printmaker, and writer on art who settled in the USA in 1932 and became an American citizen in 1950. She lived mainly in New Mexico, but part of her intermittent studies in art were at Columbia University, New York (1941–2 and 1951–2), and she again lived in New York from 1957 to 1967. During this time she was a neighbour of several other painters (among them Robert *Indiana, Ellsworth *Kelly, and James *Rosenquist) in a block of artists' lofts, but essentially she lived a fairly solitary life.

Read more
She never owned a television and for the last fifty years of her life never even read a newspaper. Up to the mid-1950s her paintings were representational, but she then turned to abstraction, and by 1964 had arrived at her characteristic type of work—a square monochromatic canvas covered with a fine grid of horizontal and vertical lines: ‘My forms are square, but the grids are never absolutely square…when I cover the square grid surface with rectangles, it lightens the weight of the square, destroys its power.’ Her technique was always to cover the canvas with two layers of gesso, adding hand-drawn pencil lines and thin layers of oil or acrylic paint. Although she was a major influence on *Minimal art, her own allegiances were to the earlier generation of *Abstract Expressionists. From 1967 to 1974 she concentrated on writing, but after her return to painting she achieved a high reputation, winning several honours. Joan Simon described her life at the age of 83 in these terms: ‘She rises early, paints mornings in her studio, often lunches with friends or other visitors in favorite Taos restaurants, reads at home in the afternoon, favoring mysteries, especially recommending Agatha Christie’. Lucy Lippard described her work as ‘legendary examples of the unrepetitive use of a repetitive medium’. Further Reading J. Simon, ‘Perfection is in the Mind: an interview with Agnes Martin’, Art in America (May 1996)