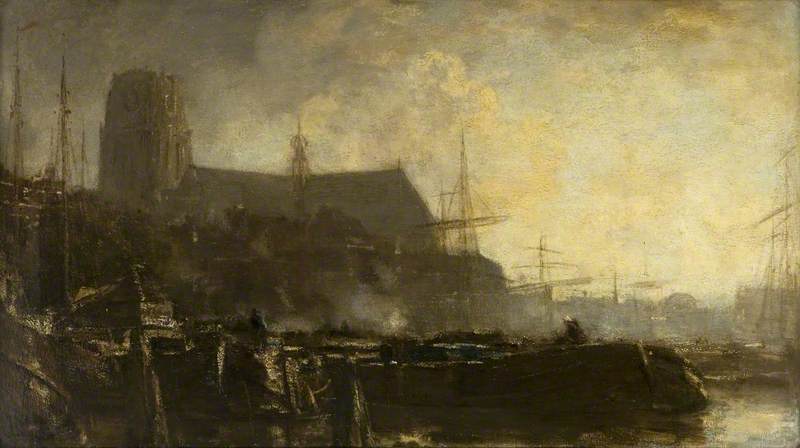 A Souvenir of Dordrecht c.1884

Family of three brothers who played a leading part in Dutch painting during the second half of the 19th century. Jacob (Jacobus Hendricus) (b The Hague, 25 Aug. 1837; d Karlsbad, 7 Aug. 1899) was one of the leaders of the Hague School, specializing in views of the Dutch countryside and scenes in Dutch towns. Matthias (Matthijs, Thijs) (b The Hague, 17 Aug. 1839; d London, 22 Aug. 1917) began in similar fashion, but came to specialize in figure compositions of visionary subjects. In 1869 he moved to Paris and then in 1877 to London, where he lived for the rest of his life and was influenced by the Pre-Raphaelites in his choice of poetic subjects, although not in style. Willem (b The Hague, 18 Feb. 1844; d The Hague, 10 Oct. 1910) was a pupil of his two brothers and was influenced by Mauve.

Read more
His subjects are almost entirely confined to meadows and cattle. In his later years he became a leader of Dutch Impressionism, urging his pupils—among them Breitner—to paint in the open air and to use vivid colours.