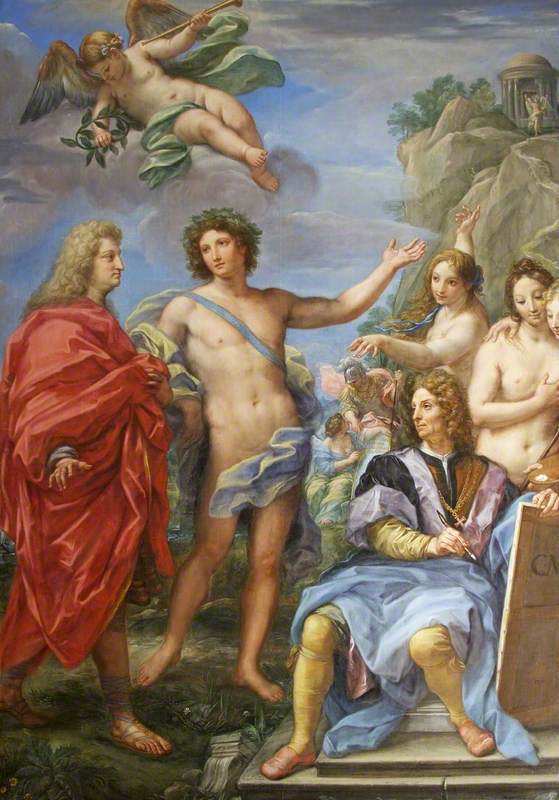 Marchese Niccolò Maria Pallavicini Guided to the Temple of Virtue by Apollo, with a Self Portrait of the Artist 1705

(Born Camerano, 15 May 1625; died Rome, 15 December 1713). Italian painter. He was the leading painter of his time in Rome and after the death of Bernini in 1682 he was the most famous artist in the city. A pupil of Andrea Sacchi, he continued the tradition of the classical Grand Manner, based on Raphael, and he gained an international reputation particularly for his paintings of the Madonna and Child, which are reworkings of types established during the High Renaissance.

Read more
However, the rhetorical splendour of his work is thoroughly in the Baroque idiom, and the numerous altarpieces he painted for Roman churches (many in situ) give wholehearted expression to the dogmas of the Counter-Reformation. Maratta was also an accomplished fresco painter and the finest portraitist of the day in Rome. He had a large studio and his posthumous reputation suffered when the inferior works of his many pupils and imitators were confused with his own paintings.