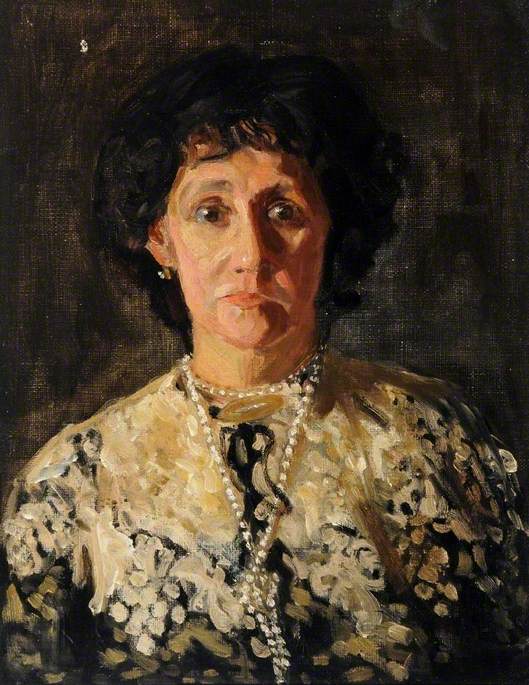 Portrait of the Artist's Mother c.1900

Painter, writer and curator, born in London, where he died. After studying at Alleyn’s School Manson did clerical work, in 1896 beginning to study painting part-time at Heatherley’s School of Fine Art, then Lambeth School of Art. In 1903 he married the violinist Lilian Laugher and together they went to Paris where he studied at Académie Julian, returning in 1904, where Manson set up as a professional painter. In the few years before World War I Manson met Lucien Pissarro, whose work he championed and who influenced his own Impressionistic style; became secretary of the Camden Town Group and acted as its secretary; joined the Tate Gallery as an assistant; and was made secretary of LG. In 1919 with Pissarro he formed the short-lived Monarro Group, inspired by the work of Claude Monet and Camille Pissarro, Lucien’s father.

Read more
Had first one-man exhibition at Leicester Galleries in 1923. Was made director of Tate Gallery, 1930–8, where he did much to build up its Impressionist and Post-Impressionist collection. Painted until he died and had a memorial exhibition at Wildenstein and Ferens Art Gallery, Hull, 1946. Retrospective at Maltzahn Gallery, 1973. Manson was a prolific writer on art, his books including titles on Degas, John Singer Sargent, Rembrandt, Dutch painting and The Tate Gallery, 1930. That gallery and many provincial and foreign galleries hold the work of J B Manson, as he was generally known.