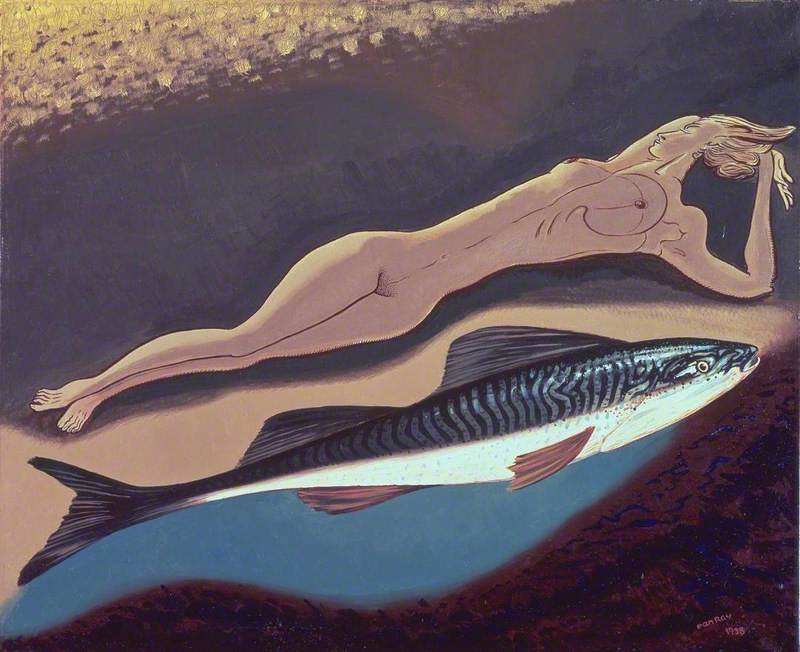 (b Philadelphia, 27 Aug. 1890; d Paris, 18 Nov. 1976). American painter, photographer, draughtsman, sculptor, and film-maker, born Emmanuel Radnitsky to Russian-Jewish immigrant parents. The family adopted Ray as their surname in about 1911 and Man is an abbreviated version of his forename; he preferred to treat his pseudonym as a single unit, so it is customary to list him under M rather than R. After seeing the Armory Show in 1913 he began painting in a Cubist style. In 1915 he began a lifelong friendship with Marcel Duchamp, collaborating with him and Picabia in founding the New York Dada movement. He also collaborated with Duchamp and Katherine Dreier in forming the Société Anonyme in 1920. In 1921 he settled in Paris, where he continued his Dada activities and then became a member of the Surrealist movement.

Read more
For several years he earned his living mainly as a fashion and portrait photographer, but he painted regularly again from the mid-1930s. In 1940 he went back to America to escape the Nazi occupation of Paris and settled in Hollywood, then in 1951 returned permanently to Paris. From the 1940s photography took a secondary place in his activities, but it is as a photographer that his reputation is now most secure. In the 1920s and 1930s he was one of the most imaginative artists in this field, particularly for his exploitation of the ‘Rayograph’ (also known as photogram), a photograph produced without a camera by placing objects directly on sensitized paper and exposing them to light, and for his development of the technique of ‘solarization’ (the complete or partial reversal of the tones of a photographic image). In addition to his celebrity as a photographer, he gained an international reputation as one of the most prominent figures of Dada and Surrealism. Several of his ‘objects’ have become icons of the movements, notably Gift (1921), consisting of a flat iron with a row of nails sticking out of its smooth face (the original is no longer extant; a reconstruction is in the Museum of Modern Art, New York).