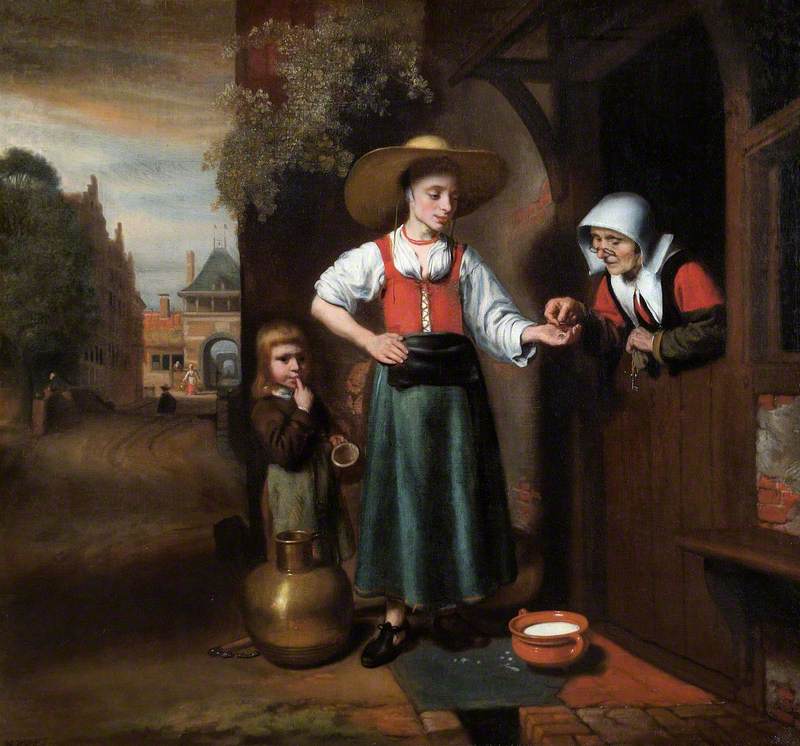 (b Dordrecht, Jan. 1634; bur. Amsterdam, 24 Dec. 1693). Dutch painter. In about 1648 Maes became a pupil of Rembrandt in Amsterdam, staying there until 1653, when he returned to his native Dordrecht. In his early years he concentrated on genre pictures, rather sentimental in approach, but distinguished by deep glowing colours he had learnt from his master. Old women sleeping, praying, or reading the Bible were favourite subjects. In the later 1650s, however, Maes began to turn more to portraiture, and from about 1660 he worked exclusively in this field. His style changed too, becoming closer to van Dyck than to Rembrandt. He abandoned the reddish tone of his earlier manner for a wider, lighter, and cooler range (greys and blacks in the shadows instead of brownish tones).

Read more
In 1673 he moved permanently to Amsterdam and had great success with this kind of picture. Maes was a fairly prolific painter and is well represented in, for example, the National Gallery, London, and the museum at Dordrecht.