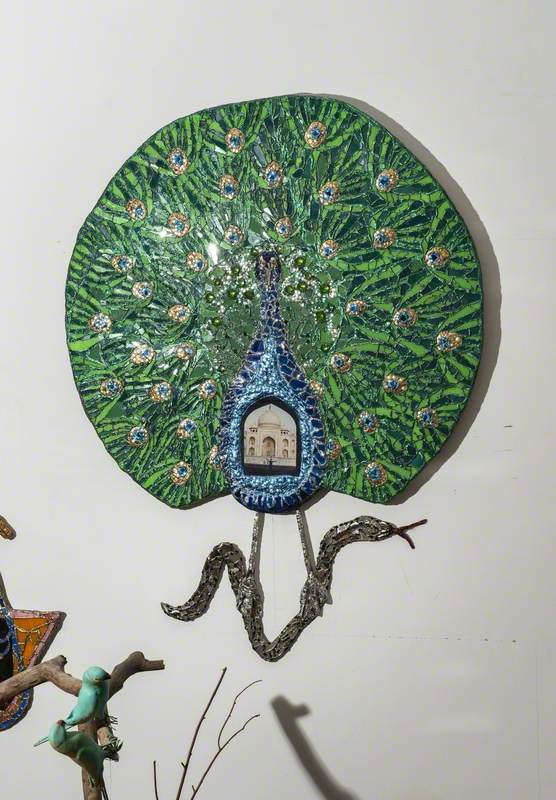 Versatile and enterprising designer and sculptor, born in Witney, Oxfordshire, who graduated with a diploma in architecture from Oxford School of Architecture, 1964–70. He “experienced Flower Power” in America in 1967. Did a hologram course at Goldsmiths’ College, 1982. Logan was noted for projects carried out with a showbiz flair, who to some dressed weirdly, producing camp sculptures, costumes and jewellery out of mirror and lurid plastic, but who was undeniably dedicated and persistent. He said that his aim was “to bring joy and happiness to the world”. Logan was most famous as the inventor and impresario of The Alternative Miss World, which began in 1972, the series continuing periodically at various venues. The first showing of the film The Alternative Miss World was held at the Odeon, Leicester Square, 1979, followed by the Cannes Film Festival, 1980.