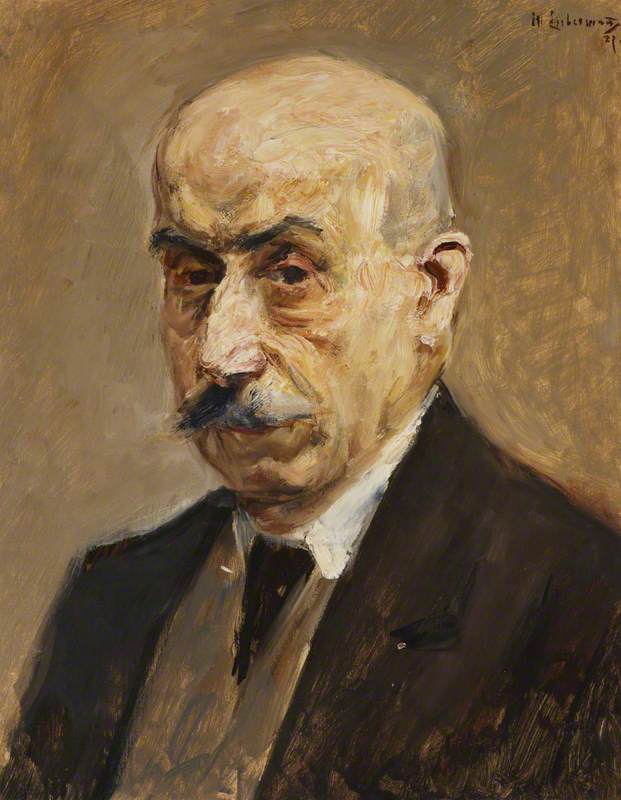 (b Berlin, 20 July 1847; d Berlin, 8 Feb. 1935). German painter (of portraits, figure subjects, and landscapes), etcher, and lithographer, active principally in Berlin. From 1873 to 1878 he lived mainly in Paris, and together with Corinth and Slevogt he came to be considered one of the leading German representatives of Impressionism. In 1899 he became first president of the Berlin Sezession, but he did not keep abreast of developments and a decade later he was regarded as a pillar of the traditionalism against which the German Expressionists were in revolt.

Read more
He was one of the dominant figures in the German art world and in the later part of his career he accumulated many honours. When the Nazis came to power, however, he was required—as a Jew—to resign as president of the Prussian Academy and from his other prestigious positions. His widow committed suicide in 1943 rather than suffer at the hands of the Gestapo.