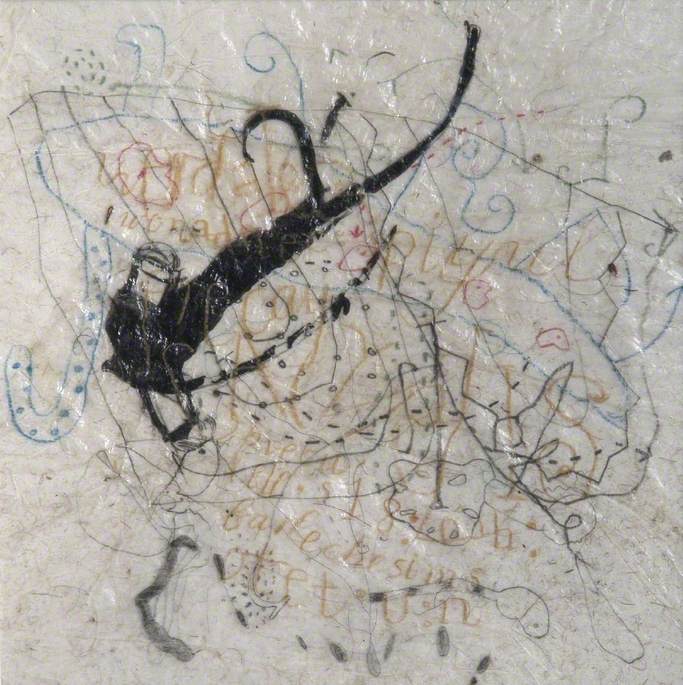 Artist and teacher, born in Sutton Coldfield, Warwickshire. He studied at Mid-Warwickshire School of Art and Hornsey School of Art. Between 1964–81 lectured at Mid-Warwickshire School, then worked full-time as an artist. There were many influences on Lewty’s work, including Surrealism, especially André Breton; theories of automatic writing; the use of text in pictures from the Cubists; Paul Klee; William Blake; and especially medieval graffiti. Lewty showed widely in Britain in mixed shows, being a John Moores Exhibition, Liverpool, prizewinner in 1985; he also won a prize at Cleveland 8th International Drawing Biennale in 1987. After a one-man show at Woodstock Gallery in 1968 Lewty exhibited at Ikon Gallery, Birmingham, 1984, then had the first of a series with Anne Berthoud Gallery in 1985, the year he showed at Serpentine Gallery.

Read more
In 1992 there was a show at Austin, Desmond & Phipps in association with Anne Berthoud. Arts Council, Victoria & Albert Museum and other public collections hold work. Lived in Leamington Spa, Warwickshire, where the Art Gallery and Museum held a large touring show, 1999–00.