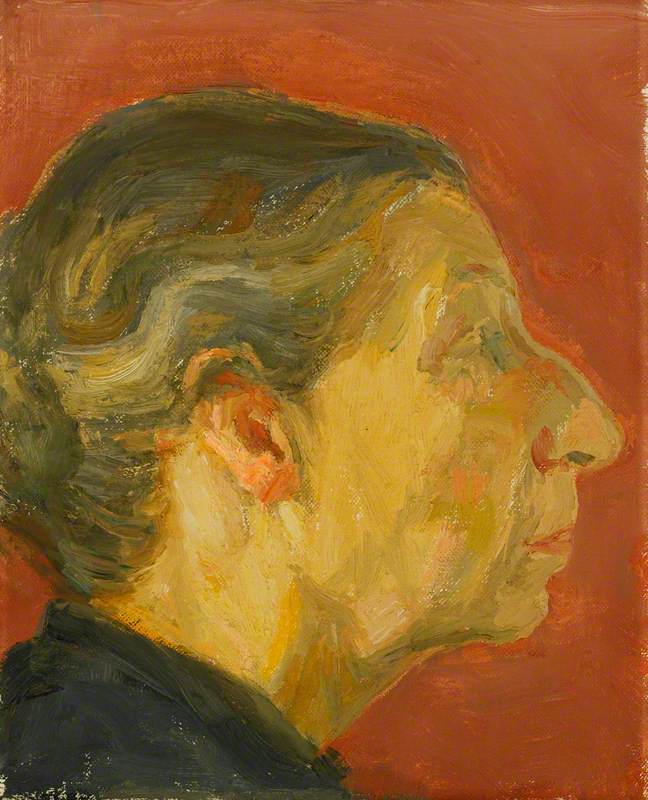 British painter (of portraits, figure subjects, and interiors) and art dealer. She was born in London and studied at the Slade School, 1924–8. In 1934 she married the portrait sculptor Major Frederick Lessore (1879–1951), brother of Thérèse Lessore (1884–1945), Sickert's third wife and herself a painter of figure subjects and urban scenes (see Camden Town Group). Frederick Lessore had opened the Beaux Arts Gallery in London in 1923, and after his death Helen Lessore ran it until it closed in 1965. In its early years, the gallery was prominent in supporting avant-garde art: Christopher Wood had his first solo exhibition there in 1927, for example, and Barbara Hepworth had one of her first shows there (with her husband, John Skeaping) in 1928. After the war, the gallery was identified with a commitment to figurative painting and helped to launch the careers of Frank Auerbach and Leon Kossoff amongst others (their first solo shows were held there in 1956 and 1957 respectively), and it became particularly associated with the Kitchen Sink School: its four leading members—John Bratby, Derrick Greaves, Edward Middleditch, and Jack Smith—were known as the ‘Beaux Arts Quartet’. The general ambience of the gallery, with its hessian wall coverings, was closer to that of a painter's studio than to the luxurious atmosphere generally associated with West End art dealers.

Read more
John Lessore (b.1939), son of Helen and Frederick, is a painter of portraits, landscapes, figure subjects, and interiors. He studied at the Slade School, 1957–61, and had his first exhibition at the Beaux Arts Gallery in 1965. In 1978 he began teaching at Norwich School of Art.