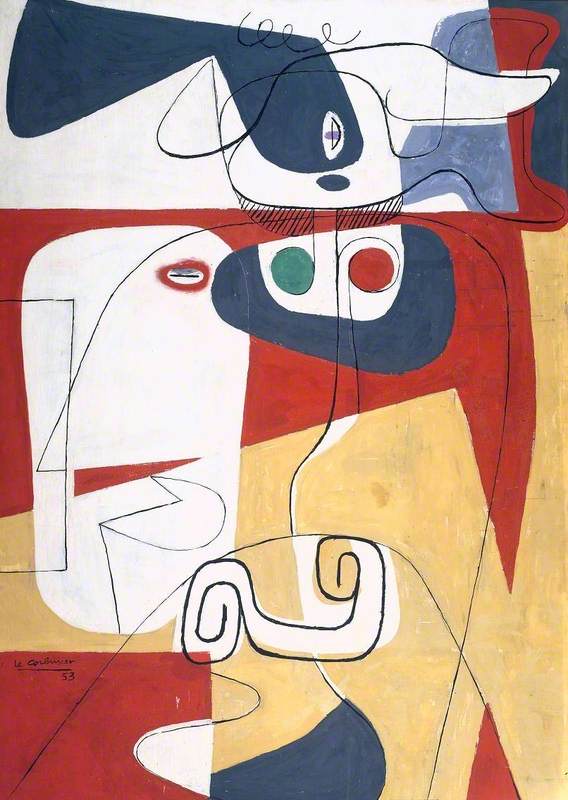 (b La Chaux-de-Fonds, 6 Oct. 1887; d Roquebrune-Cap-Martin, 27 Aug. 1965). Swiss-born architect, painter, designer, and writer who became a French citizen in 1930. Although chiefly celebrated as one of the greatest and most influential architects of the 20th century, Le Corbusier also has a niche in the history of modern painting as one of the founders of Purism. Up to 1929 he painted only still life, but from that time he occasionally introduced the human figure into his compositions.

Read more
He adopted the pseudonym Le Corbusier in 1920, but continued to sign his paintings ‘Jeanneret’. The pseudonym derives from the name of one of his grandparents and is also a pun on his facial resemblance to a raven (Fr., corbeau). Apart from paintings and architecture, his enormous output included drawings, book illustration, lithographs, tapestry designs, furniture, and numerous books, pamphlets, and articles.