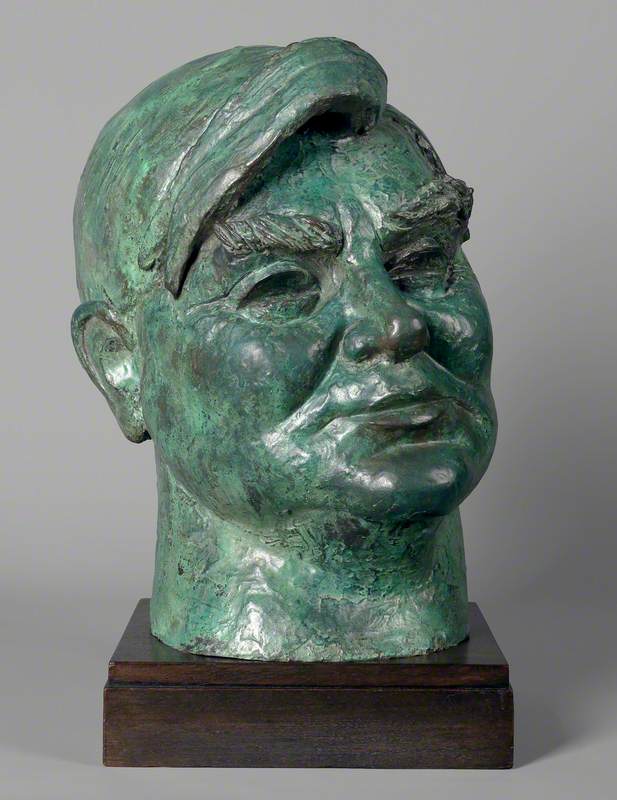 Sculptor and writer, born in Budapest, Hungary, to professional parents, his mother a psychoanalyst, a student of Sigmund Freud who later sat to Lambda for the portrait in the Freud Museum. Lambda studied medicine; sculpture in Paris and Prague; then after some success exhibiting moved to London in 1938. During World War II he worked for the Crown Film Unit and wrote propaganda scripts for the BBC. After the war joined Imperial Chemical Industries, engaged in industrial design, notably with the new material Perspex, in which he sculpted. Made a fine head in bronze of the Labour politician Aneurin Bevan, then concentrated on theatrical personalities, including Laurence Olivier, Claire Bloom, Christopher Fry, Terence Rattigan and Wendy Hiller.

Read more
His work is in the National Portrait Gallery, National Museum of Wales in Cardiff and University College, Swansea. Lambda’s last bust was of the actress Liz Robertson, 1981, then eye trouble made sculpting difficult. Lambda married his second wife, the actress Betty Paul, in 1958. By then he had written for the theatre and with her he scripted episodes for television series; they created their own, Weaver’s Green, for Anglia. Continued writing until 1993, having in 1987 moved from London to Tibberton, Gloucestershire, where he died.