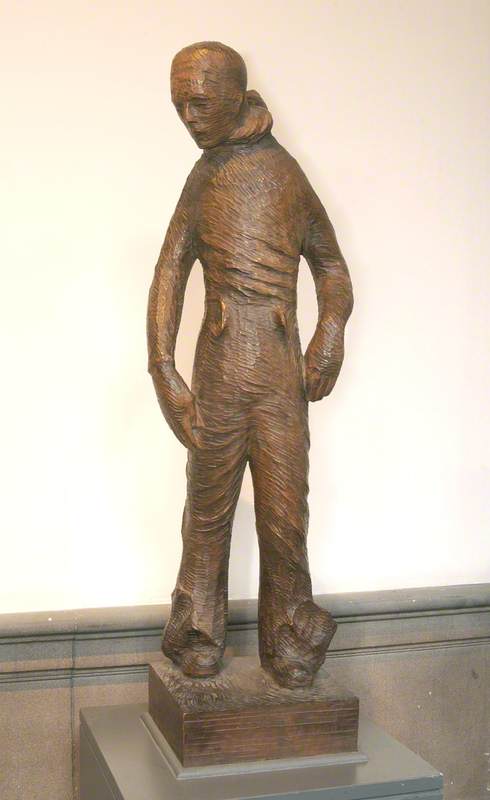 Sculptor, printmaker and watercolourist, born in Montrose, Angus, where he eventually settled. For several years before World War I Lamb was apprenticed as a monumental sculptor to his brother James and attended evening classes at Montrose Academy. In 1912 he began work for an Aberdeen granite merchants, continuing to study at Gray’s School of Art. During the war he lost a hand while engaged in trench warfare, but began using his left hand and during 1918–21 attended classes at Montrose Academy again, changing to full-time study at Edinburgh College of Art, 1921–2, where his teachers included David Foggie. After studying in Paris, 1922–4, at École des Beaux-Arts, Lamb did a cycle tour of France and Italy lasting 3,000 miles, returning to Montrose in 1924 where he established a studio.

Read more
He now began to exhibit seriously at RA and RSA, at the latter winning the Guthrie Award in 1929. In 1945 he established a stone-carving business. The William Lamb Memorial Studio in his home town houses his output as an artist. Lamb was noted for his heads of the royal family modelled in the early 1930s, but his fame rests on his powerful, Expressionistic depictions of fisherfolk. The Scottish Arts Council organised an Edward Baird and William Lamb show in 1968.