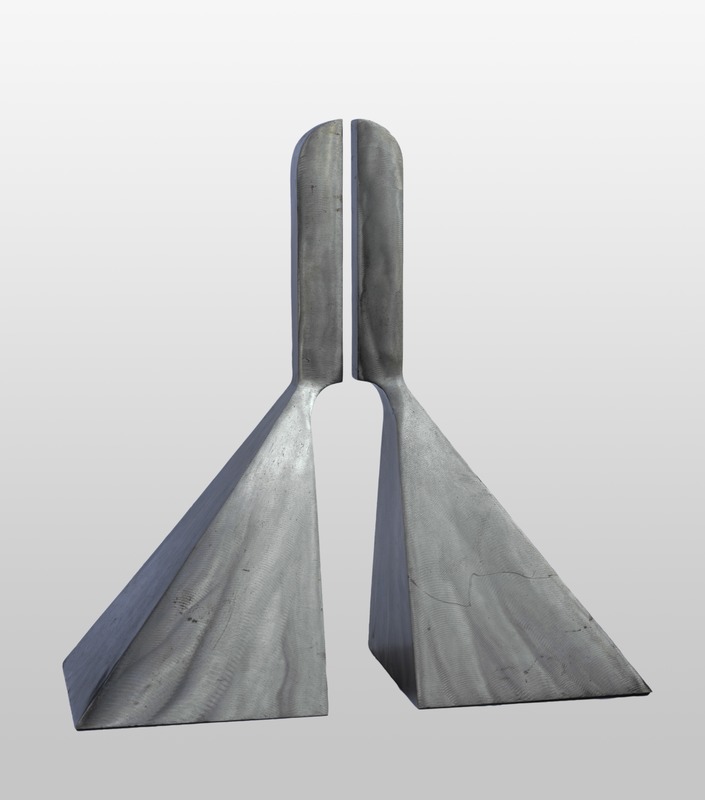 Artist, notably a sculptor in bronze, and teacher, born in Newcastle upon Tyne, Northumberland. Also known as Gerald Ogilvie-Lang. He attended Royal Military Academy, Sandhurst, 1953–5, then after a short Army career attended St Martin’s School of Art, 1960–4. Lived in New York for five years, being artist-in-residence at Aspen Institute for Humanistic Studies, Colorado, in 1966. Initially Laing was a Pop Artist and by the late–1960s was known as a sculptor of minimal forms. In 1969, during a period of disillusionment, he acquired Kinkell Castle, on the Black Isle, in Scotland and restored it, in 1977 setting up a substantial bronze foundry there to handle his own work. By this time Laing had rejected abstraction for figuration, returning to the mainstream, but continually experimenting within it.

Read more
Laing’s teaching posts included visiting professor at University of New Mexico, Albuquerque, 1976–7; and professor of sculpture at Columbia University, New York, 1986–7. In 1978–80 he was on the art committee of the Scottish Arts Council, in 1987 being appointed commissioner on the Royal Commission for Fine Art for Scotland. Laing showed widely internationally, having a one-man show at Laing Art Gallery, Newcastle upon Tyne, 1963, another at ICA, 1964, then the first of a string at Richard Feigen Gallery, New York, 1964, and with Richard Feigen in Chicago, 1965, Whitford Fine Art in 1996 holding an exhibition of 17 silkscreen prints made in 1968. The Cincinnati Center for Contemporary Art gave Laing a retrospective in 1971, others following at Herbert Art Gallery, Coventry, 1983, Fruitmarket Gallery, Edinburgh, 1993, and sculpture 1968–99, Fine Art Society, 1999. In 1995 Laing was commissioned to make eight dragons for Bank tube station, in 1996 four bronze rugby players for Twickenham Stadium. Tate Gallery, National Portrait Gallery, Victoria & Albert Museum, Scottish Art Gallery and many other public collections in Britain and abroad hold Laing’s work. In 2004, Laing set up The Gerald Laing Art Foundation to promote the understanding, appreciation and practice of sculpture.