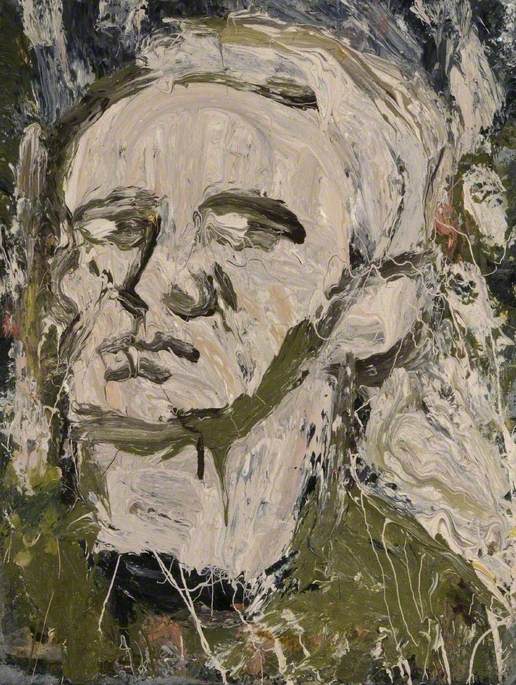 Self Portrait Looking Up 1982

Ferens Art Gallery
(b London, 7 Dec. 1926). British painter, born of Russian-Jewish immigrant parents in the East End of London, an area that has provided the chief subject-matter of his paintings. His training included evening classes under David Bomberg, 1950–2, and his work has close affinities with that of another Bomberg student, Frank Auerbach—in choice of subject, emotional treatment of it, and use of extremely heavy impasto. Kossoff generally retains a firmer sense of structure than Auerbach, however, often using thick black outlines, and unlike him does not approach abstraction. His reputation was slow to grow, but there was a major retrospective exhibition of his work at the Tate Gallery, London, in 1996. See also School of London.