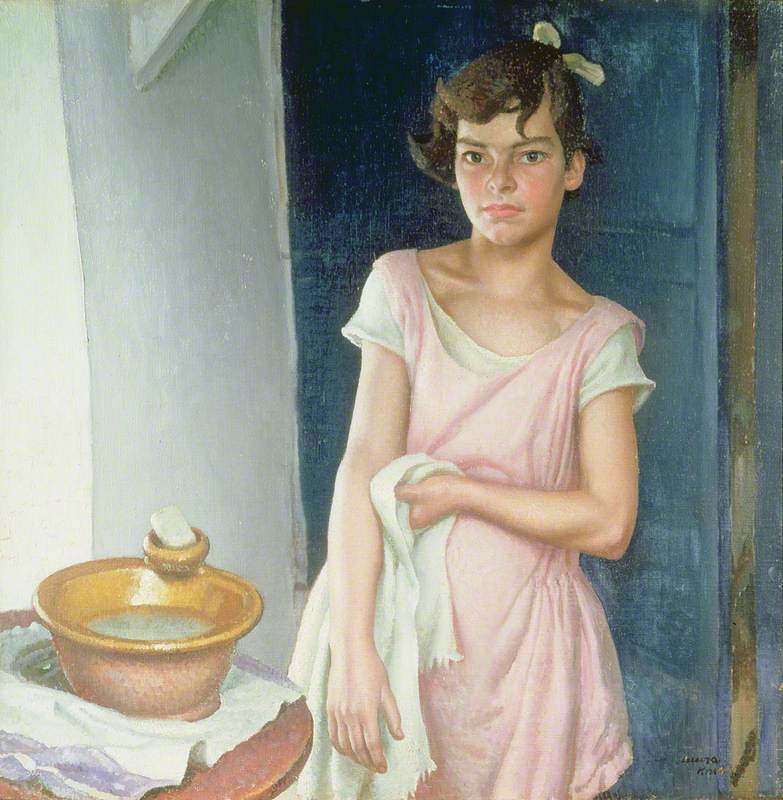 (b Long Eaton, Derbyshire, 4 Aug. 1877; d London, 7 July 1970). British painter. In the first half of the century she was one of the most highly regarded of British artists and in 1936 she became the first woman to be created a Royal Academician since the original women members Angelica Kauffmann and Mary Moser. At the height of her considerable fame (she was regarded as a ‘character’—the nearest equivalent to a female Augustus John) she won great popularity for her colourful scenes of circus life and the ballet, but these now often seem rather corny. On the other hand, her early Newlyn School landscapes, which at their best have a sparkling sense of joie de vivre, have recently come back into favour. Some of the work she did as an Official War Artist during the Second World War is also now highly regarded.

Read more
In 1946 she went to Nuremberg to make a pictorial record of the War Criminals' Trial; she made scores of sketches from which she produced a large painting (The Dock, Nuremberg, 1946, Imperial War Mus., London). Her husband Harold Knight (1874–1961) was also a painter, mainly of portraits.