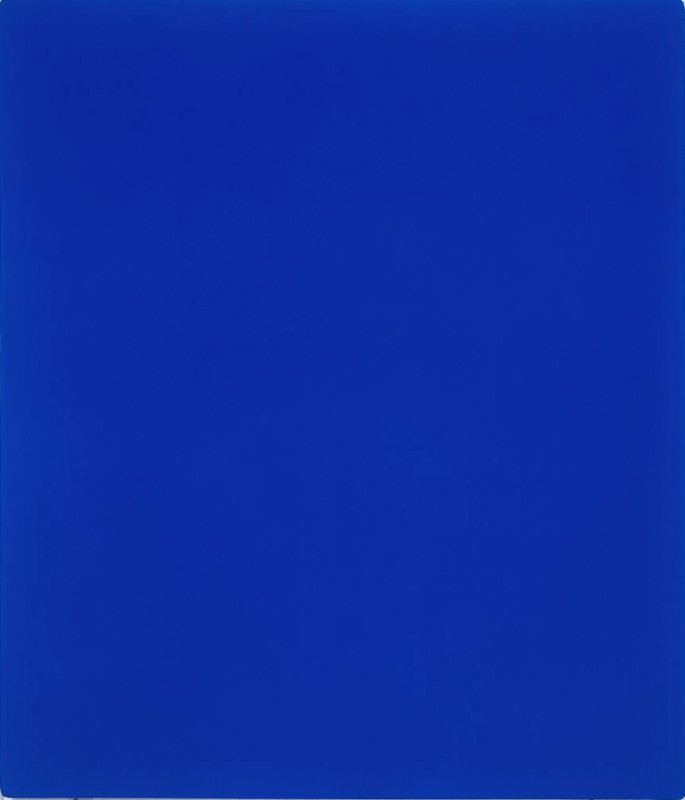 (b Nice, 28 Apr. 1928; d Paris, 6 June 1962). French painter and experimental artist, one of the most influential figures in European avant-garde art in the post-war period. Both his parents were painters, but he had no formal artistic training, and for much of his short life he earned his living as a judo instructor (in 1952–3 he lived in Japan, where he obtained the high rank of black belt, fourth dan). In the mid-1950s he began exhibiting ‘monochromes’, pictures in which a canvas was uniformly painted a single colour, usually a distinctive blue that he called ‘International Klein Blue’. He used this also for other works including sculptured figures, and reliefs of sponges on canvas. In a lecture given at the Sorbonne in 1959, Klein explained his theory of monochrome painting as an attempt to depersonalize colour by ridding it of subjective emotion and thus giving it a metaphysical quality.

Read more
Klein also made pictures by a variety of unorthodox methods, including the action of rain on prepared paper (these he called Cosmogonies), the use of a flame-thrower (Peintures de feu), or imprints of the human body (Anthropométries). In 1958 he created a sensation (and almost a riot) at the Galerie Iris Clert in Paris by an ‘exhibition of emptiness’—an empty gallery painted white. It was called Le Vide (The Void). In 1960 he gave his first public exhibition of the Anthropométries: naked women smeared with blue pigment dragged each other over canvas laid on the floor to the accompaniment of his Symphonie monotone—a single note sustained for ten minutes and alternating with ten minutes' silence. Critical reception was very mixed. He became a celebrity in Europe, but an exhibition at the Leo Castelli gallery in New York in 1961 was a dismal failure. Klein died young of a heart attack, but he produced a large amount of work and had wide influence, particularly on the development of Minimal art. A great showman, he exemplifies the tendency in 20th-century art for the personality of the artist to assume greater importance than the things he makes—a tendency continued most notably by Joseph Beuys.