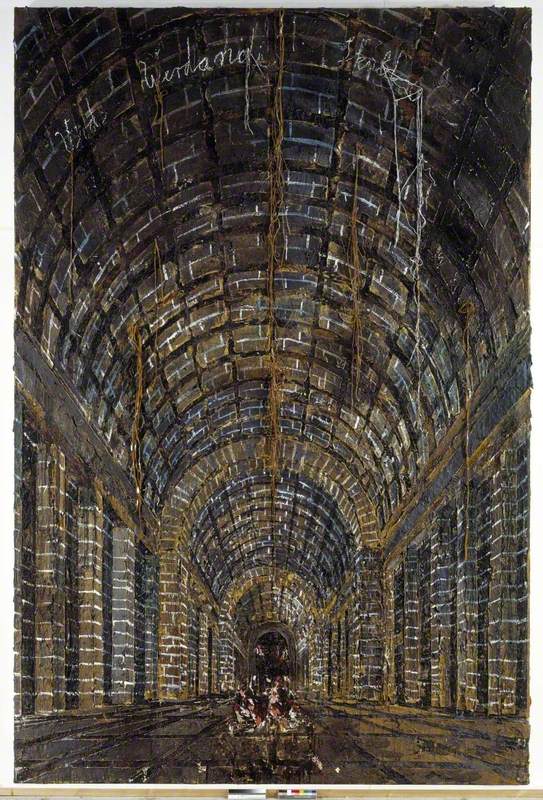 (b Donaueschingen, 8 Mar. 1945). German painter. Early in his career he was a Conceptual artist, but he turned to painting and has become one of the chief exponents of Neo-Expressionism, with an international reputation. He produces large, heavily worked canvases, often with objects or vegetable matter (such as plants or straw) attached to them (he has also mixed blood with his paint). Sometimes the surface is further ‘distressed’ by such means as scorching it with a blowtorch. Many of his pictures refer to German history or Nordic mythology and show an attempt to come to terms with his country's Nazi past. Another subject that has interested him is the Chinese Communist leader Mao Zedong (Let a Thousand Flowers Bloom, 2000, Tate, London).