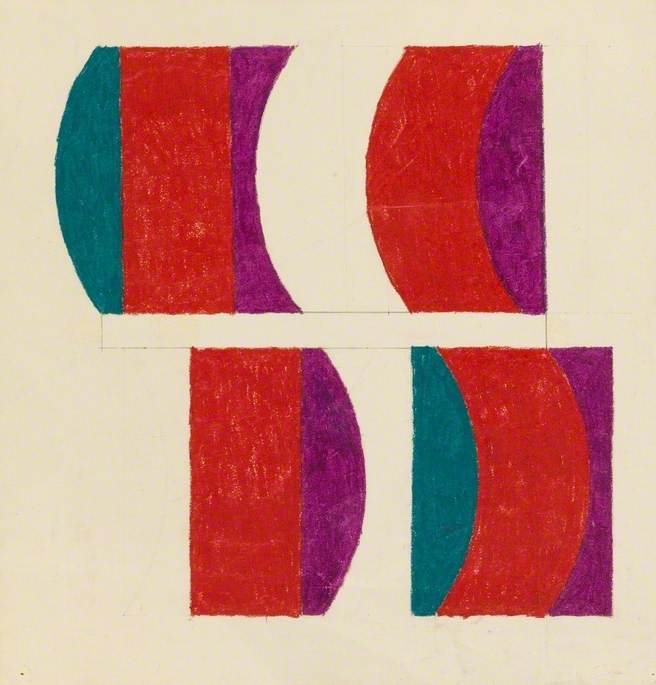 Systems-oriented artist who was included in the key Systems Exhibition at Whitechapel Art Gallery in 1972 and in Systems II at Polytechnic of Central London in 1973. For Kidner the canvas was “a sort of laboratory”, and he was variously concerned with such features as shape as an ingredient for colour sensation, wave forms and curved or warped planes. Born in Kettering, Northamptonshire, Kidner was at Cambridge University, 1936–9, after which he was during 1940–1 at Ohio State University. After five years in Canadian Army was at Goldsmiths’ College, taking up painting full-time in 1953. Lived in Paris for a while, studying for several months at Atelier André Lhote. Kidner held a number of teaching posts, notably at Bath Academy of Art, 1964–84.

Read more
He had his first solo show at St Hilda’s College, Oxford, in 1959; there was an Arts Council retrospective, 1959–84, at Serpentine Gallery, 1984; and later solo shows included Centre for the Philosophy of the Natural and Social Sciences, 1994, Galerie Emilia Suciu, Ettlingen, Germany, 1995, and Love is a Virus from Outer Space, paintings and prints at Flowers East, 2003. Tate Gallery, Arts Council, British Council, Contemporary Art Society and other leading collections held examples. Lived in London.