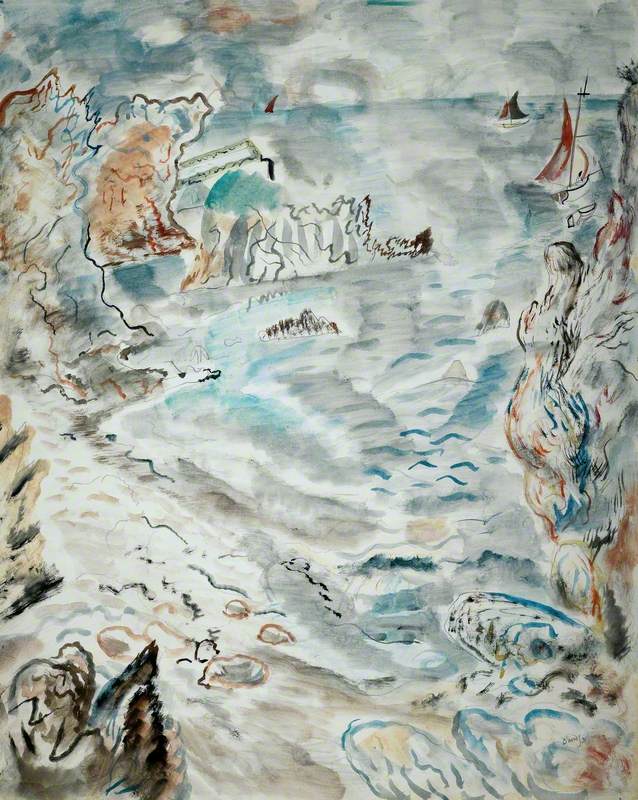 British painter, engraver, and writer, born at Brockley, Kent; his father, a printer, was Welsh, and his mother was English. He studied in London at Camberwell School of Art, 1909–15, and then after serving in France with the Royal Welch Fusiliers, at Westminster School of Art, 1919–22. His studies left him ‘completely muddle-headed as to the function of art in general’, but after converting to Roman Catholicism in 1921 he met Eric *Gill and under his influence achieved a sense of purpose. Gill not only introduced him to wood engraving but also guided him to reject the current concern with formal properties in favour of an art that aspired to reveal universal and symbolic truths behind the appearance of things. He collaborated with Gill for several years and was engaged to one of his daughters from 1924 to 1927.

Read more
Jones worked mainly in pencil and watercolour, his subjects including landscape, portraits, still-life, animals, and imaginative themes (Arthurian legend was one of his main inspirations). As a writer he is best known for In Parenthesis (1937), a long work of mixed poetry and prose about the First World War. T. S. Eliot described it as a work of genius and it won the Hawthornden Prize. After the Second World War Jones retired to Harrow and devoted himself mainly to calligraphic inscriptions in the Welsh language. Further Reading Tate Gallery, David Jones (1981)