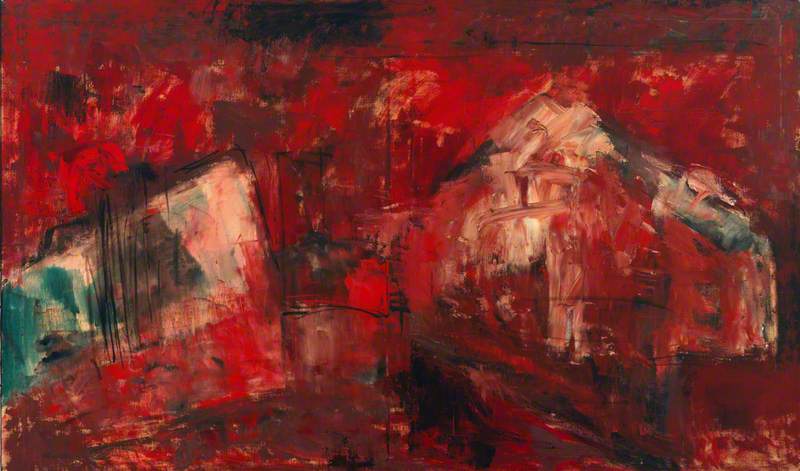 Painter and teacher, born in Denholm, Roxburghshire, into a farming family. A youthful friendship with the painter Tom Scott led to Johnstone’s taking up painting and he attended Edinburgh College of Art, 1919–23; he then taught there part-time for two years. In 1925 Johnstone won a Carnegie Travelling Scholarship which enabled him to study in Paris with André Lhote at the Académie de la Grande Chaumière and the Atelier Colarossi. In 1927 married the American sculptor Flora MacDonald. For a few years their lives were unsettled, including periods in America and Scotland, finally settling in London in 1931. Johnstone, whose work had shown Cubist and Surrealist elements, took a series of teaching posts and had his first one-man show at the Wertheim Gallery in 1935.

Read more
Johnstone now got to know such important figures as the poet T S Eliot and the artist Wyndham Lewis. Was influential principal of Camberwell School of Art, 1938–46; from 1947–60 he was principal of the Central School of Arts and Crafts. Retired to be a full-time sheep farmer in 1960, in the Scottish borders area, settling at Crailing, near Jedburgh, in 1970. Johnstone’s later work was rather Orientally calligraphic in manner, as seen in his Hayward Gallery show of 1980, the year when Johnstone published Points in Time: An Autobiography. His second wife, Mary, also an artist, survived him until 1988. He was given a centenary show at Talbot Rice Gallery, University of Edinburgh, 1997.