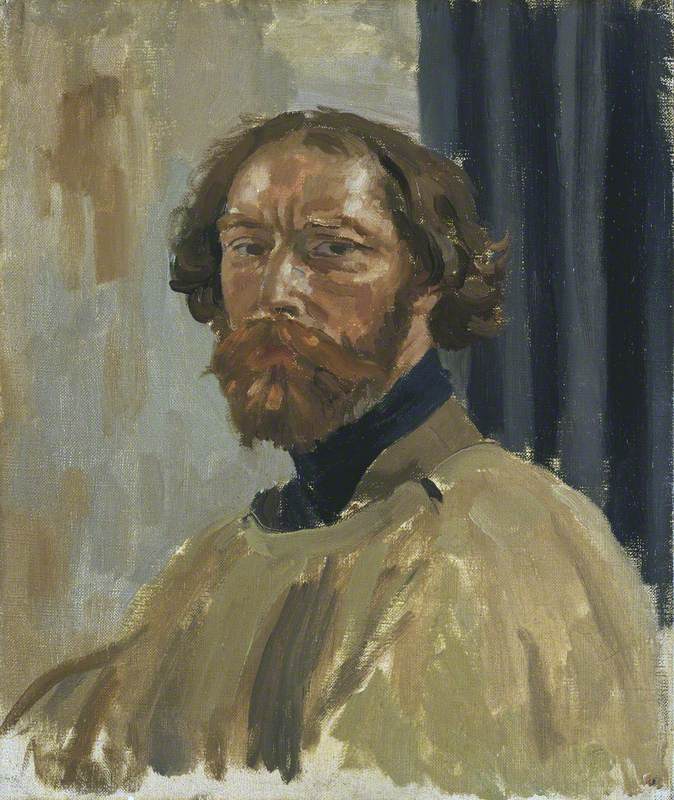 (Born Tenby, Pembrokeshire, 4 January 1878; died Fryern Court, nr. Fordingbridge, Hampshire, 31 October 1961). British painter and draughtsman. He studied at the Slade School, 1894–8. In his early days there ‘he appeared a neat, timid, unremarkable personality’ (DNB), but after injuring his head diving into the sea while on holiday in Pembrokeshire in 1897 he became a dramatically changed figure, described by Wyndham Lewis as ‘a great man of action into whose hands the fairies had placed a paintbrush instead of a sword’. He grew a beard and became the very image of the unpredictable bohemian artist. His work, too, changed dramatically: previously it had been described by Tonks as ‘methodical’, but it became lively and spontaneous, especially in his brilliant drawings—his draughtsmanship was already legendary by the time he left the Slade.

Read more
In the first quarter of the 20th century John was identified with all that was most independent and rebellious in British art and he became one of the most talked-about figures of the day. In 1911–14 he led a nomadic life, sometimes living in a caravan and camping with gypsies. As well as romanticized pictures of gypsy life he painted deliciously colourful small-scale landscapes, sometimes working alongside his friend J. D. Innes. During the same period he also painted ambitious figure compositions, with stylized forms that bring him close to French Symbolist painters (The Way Down to the Sea, 1909–11, Lamont AG, Exeter, New Hampshire). In the First World War he was an Official War Artist.

It is as a portraitist, however, that John is best remembered. He was taken up by society and painted a host of aristocratic beauties as well as many of the leading literary figures of the day. Increasingly, however, the painterly brilliance of his early work degenerated into flashiness and bombast, and the second half of his long career added little to his achievement, although he remained a colourful, newsworthy figure until the end of his life. He was one of the few British artists who have become familiar to the general public, and his image changed from that of rebel to Grand Old Man (he was awarded the Order of Merit in 1942). He wrote two volumes of autobiography, Chiaroscuro, 1952, and Finishing Touches, posthumously published in 1964. A new edition entitled The Autobiography of Augustus John appeared in 1975. His reputation was in decline by the time of his death, but subsequently there has been a revival of interest in him, especially in his early work.