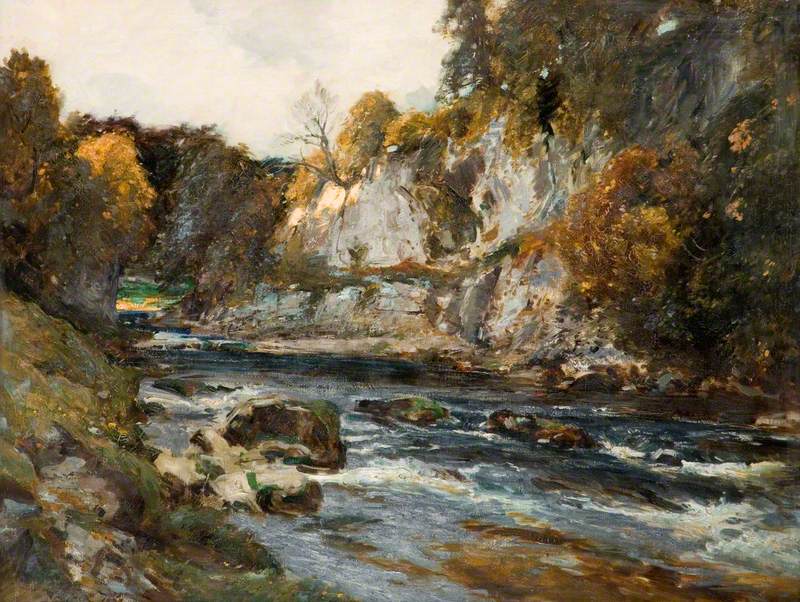 Staffordshire Moorlands District Council
Painter, born in Sunderland, County Durham, who studied at York School of Art, winning a National Scholarship to Royal College of Art in 1886. Two years later a Travelling Scholarship took him to Paris where he worked at Académie Julian and Atelier Colarossi, his teachers including such academic perfectionists as Adolphe Bouguereau. Returning to London he worked for some time as a black-and-white artist for several magazines, including The Idler. He painted a number of royal portraits and interiors; won a silver medal at Paris Salon; was a member of RP and RI; and was elected RA in 1920. In his latter years he worked in Canada, dying in Montreal.