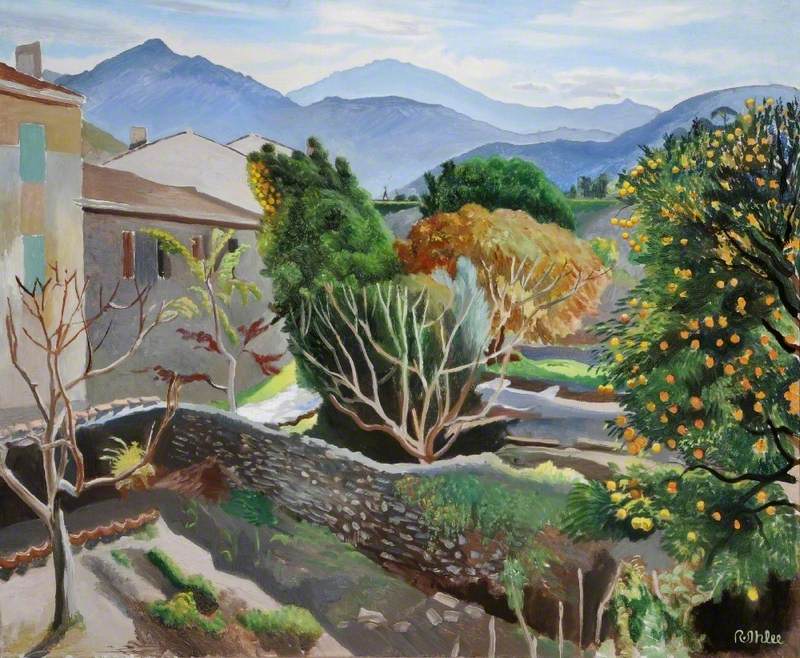 Painter and draughtsman, born in London. He was apprenticed to Ferranti as an engineer in 1902, but entered Slade School of Fine Art, 1906–10, where he proved a brilliant student, winning many prizes. After two solo shows at Carfax Gallery, 1912–14, Ihlee worked as an engineering draughtsman in Peterborough during World War I. The year after he became a member of NEAC, in 1921 Ihlee had a successful show at Leicester Galleries, but then settled in Collioure, in the south of France. Although he had a solo exhibition at Chenil Gallery in 1926, between the wars his life and exhibiting career was in France; his second wife, Isabelle, was French. He returned to England when World War II broke out, working in a factory in Leicester, settling eventually in West Deeping, Lincolnshire.

Read more
He had a solo show at St Peter’s College Hall, Peterborough, with Arts Council support, in 1951, and another in Sleaford in 1968. There was a show seven years after he died at Rutland Sixth Form College, Oakham, then in 1978 a retrospective at Graves Art Gallery in Sheffield and Belgrave Gallery. Victoria & Albert Museum, Manchester City Art Gallery and Cecil Higgins Art Gallery, Bedford, hold work. (The family pronunciation of Ihlee is Eelay, although Ighly is common.)