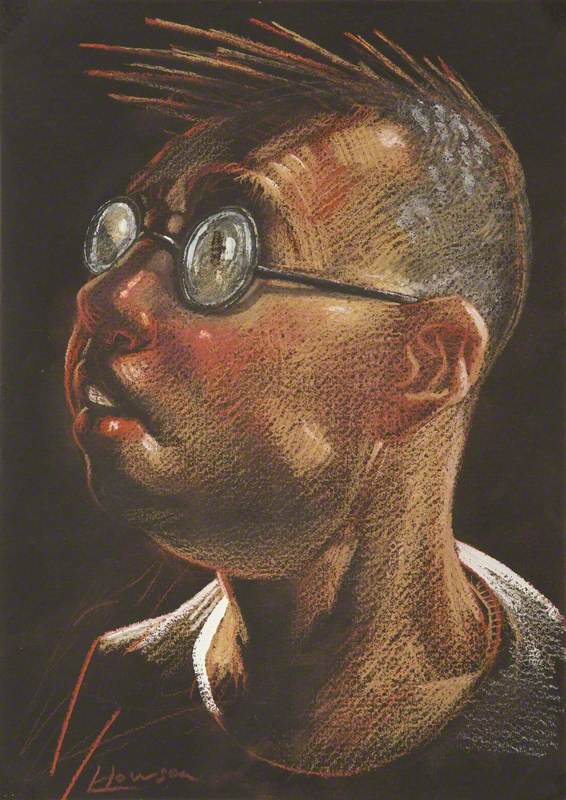 Painter, printmaker and mural artist, born in London, moving to Glasgow as a small boy. He attended Glasgow School of Art 1975–77, then took two years off to do a number of jobs, was in the Army for a time and travelled in Europe. He resumed his studies and graduated in 1981. His time off mid-studies provided Howson with useful material for his painting which is characterised by its powerful draughtsmanship, simple imagery and theatrical lighting to depict a masculine world, tough and gritty. Howson soon built up a reputation on leaving college. From 1982–3 he painted murals at the Feltham Community Association, then in 1985 he was artist-in-residence at the University of St Andrews. He won the Arthur Andersen Purchase Award at Compass Gallery, Glasgow, Barras show for the 1986 Mayfest.