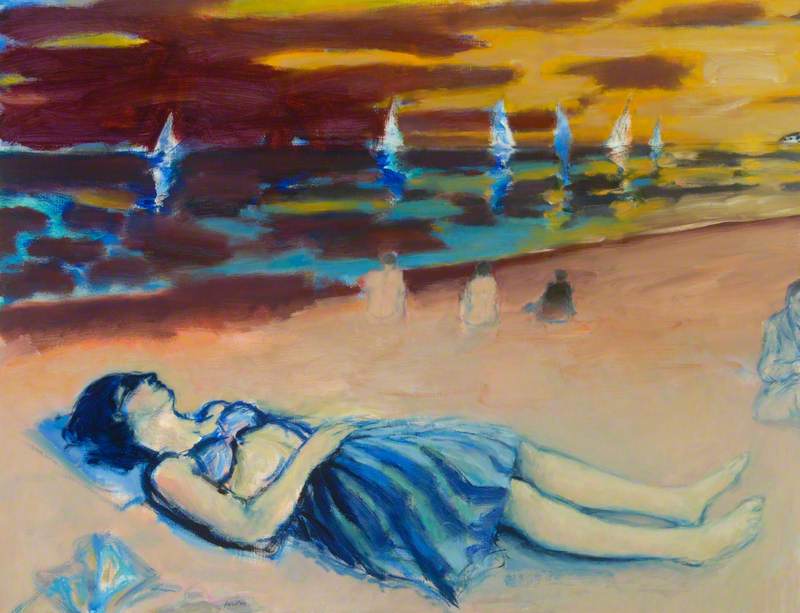 Middlesbrough Institute of Modern Art, mima
Painter and teacher, born in Buckhaven, Fife, married to the artist Elizabeth Blackadder. Houston studied at Edinburgh College of Art, 1948–54, his final year being spent in Italy on a travelling scholarship. He returned to Edinburgh to teach at the College. In 1957 Houston helped start the 57 Gallery in Edinburgh, having his first solo show there in 1958. Other one-man shows were held at Scottish Gallery, Edinburgh, and Mercury Gallery for many years. A keen traveller, Houston exhibited widely abroad. He was a member of SSA and RSW and was elected RSA in 1972. Houston tended towards Expressionism in his landscapes, Munch being a key influence, employing bold colours. Scottish National Gallery of Modern Art holds his work.