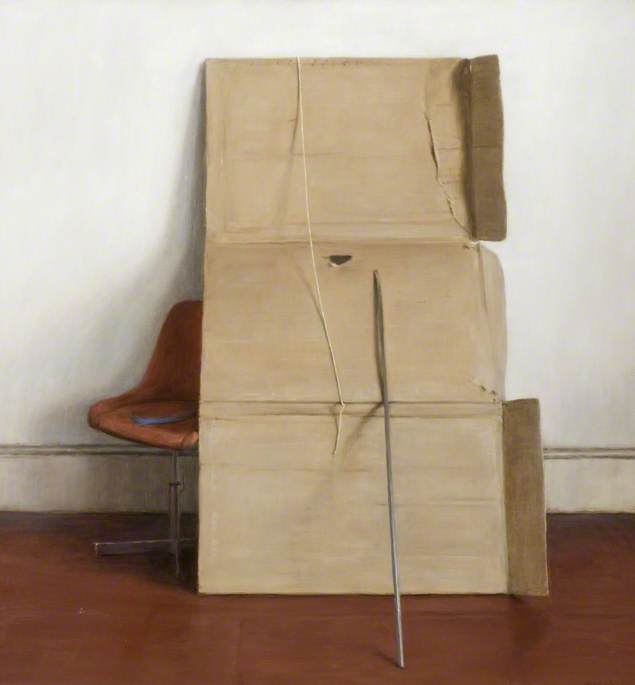 Painter, draughtsman, printmaker and teacher, born in Glasgow. After an attempt to study at Wimbledon College of Art which fell through because of lack of funds, Holland attended a commercial college, then was at St Martin’s School of Art, 1965–9. Taught at Chelsea Community Centre, Coventry College of Art until 1972, at a series of art schools in the Midlands, then at Cardiff College of Art, 1974–8, when he left to paint full-time. While at Coventry several pictures were bought by the collector Charles Saatchi. Holland began to show with Nicholas Treadwell Gallery, then Ian Birksted Gallery in 1983 and Thumb Gallery, 1986 (later the Jill George Gallery). Holland’s mixed shows included Aspects of Realism, 1976–8, which toured Canada; The Probity of Art, a WAC touring show, 1980; in the same year the British Art Show, an Arts Council exhibition which toured; and People in Great Britain, 1989, a British Council touring show.