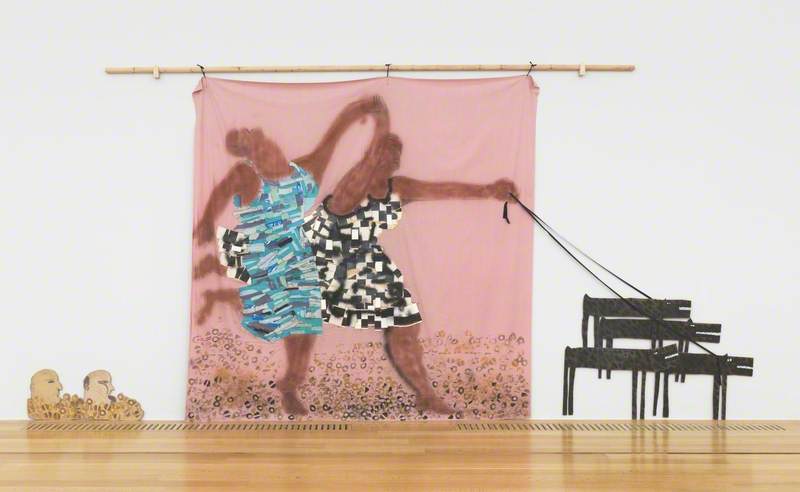 Painter, designer, mixed-media artist, administrator and teacher, born in Zanzibar, Tanzania, but arrived in England in the year of her birth. Studied theatre design at Wimbledon School of Art, 1973–6, working in theatre and interior design after that. In the early 1980s she was both a part-time teacher and youth worker, obtaining her Master of Arts degree in cultural history at the Royal College of Art, 1982–4. Organised exhibition at Africa Centre in 1983, which included her own work and that by other women of Afro-Caribbean or African descent, in which “their anger shines through”, she said. Himid’s work had a multi-pronged polemical content, satirising white society, poking fun at society’s heroes and celebrating black creativity.

Read more
Showed widely in mixed exhibitions, including The Other Story, Hayward Gallery, 1989–90, and tour; and Picturing Blackness, at Tate Gallery, which holds her work, 1995–6. Showed Images of Porthmeor Beach at Tate St Ives as artist-in-residence, 1999. Arts Council and Rochdale Art Gallery also have examples. In 1986 Himid opened her own gallery, The Elbow Room.