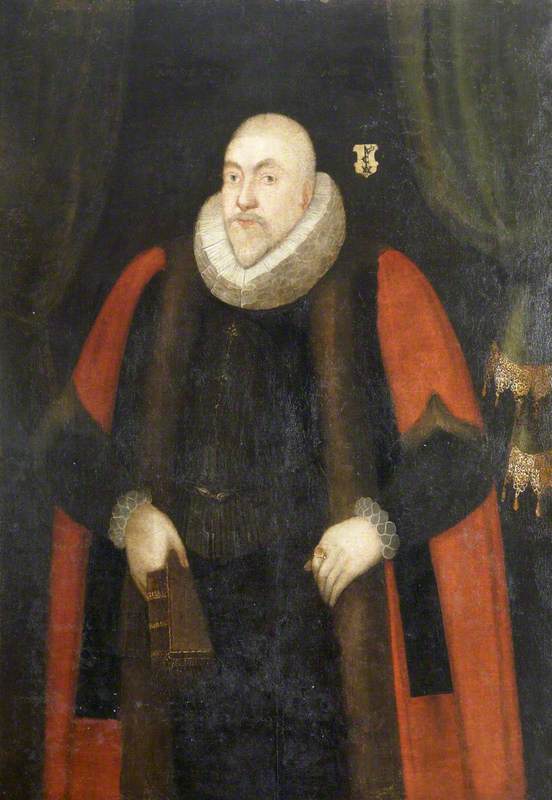 (b Exeter, c.1547; bur. London, 7 Jan. 1619). English miniaturist, the most celebrated of all practitioners of his art and a central figure in establishing the portrait miniature as a distinctive genre in Britain. He was the son of an Exeter goldsmith and himself trained in this craft, completing a seven-year apprenticeship in London in 1569. It is not known how he learnt miniature painting, but by 1572 he was working for Elizabeth I (his first surviving portrait of her, dating from that year, is in the NPG, London). Later he also worked for James I, but after the turn of the century his position as the leading miniaturist in the country was challenged by his former pupil Isaac Oliver; these two were head and shoulders above their contemporaries.

Read more
Although he won great prestige through his work, Hilliard sometimes experienced financial problems (in 1617 he was briefly imprisoned for debt): his perfectionist approach limited his output and he lost money in a venture to find gold in Scotland.In about 1600 Hilliard wrote a treatise entitled The Arte of Limning (not published until 1912), which gives fascinating insights into his technical and aesthetic approach. He stressed the importance of a calm and clean working environment, for example, even cautioning the artist to ensure that no dandruff fell on his tiny picture. Stylistically he declared himself a follower of the tradition of Holbein. In particular he avoided the use of shadow for modelling and he records that this was in agreement with Queen Elizabeth's taste—‘for the lyne without shadows showeth all to good jugment, but the shadowe without lyne showeth nothing’. But whereas for Holbein a miniature was always a painting reduced to a small scale, Hilliard developed in the miniature an intimacy and subtlety peculiar to the art. He combined his unerring use of line with a jeweller's exquisiteness in detail, an engraver's elegance in calligraphy, and a unique realization of the individuality of each sitter. His miniatures are often freighted with enigmatic inscription and allegory (e.g. a hand reaching from a cloud), but this usually heightens the vividness with which the sitter's face is impressed. Apart from the Queen herself, many other great Elizabethans sat for him, including Sir Francis Drake, Sir Walter Raleigh, and Sir Philip Sidney. The best collection of his miniatures is in the Victoria and Albert Museum, including the celebrated Young Man Leaning on a Tree among Roses (c.1587). Hilliard is known also to have worked on a large scale and among the paintings attributed to him are portraits of Elizabeth I in the National Portrait Gallery, London, and the Walker Art Gallery, Liverpool. His son Laurence (c.1582–1647/8) was also a miniaturist.