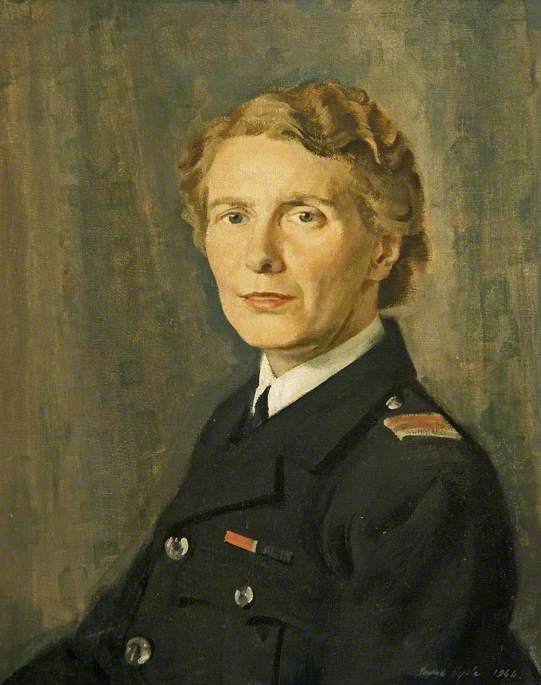 Painter, born in London, where he lived, full name Robert Norman Hepple. The family came from the village of Hepple, Northumberland. He was the son of the painter Robert Hepple and the nephew of Wilson Hepple, the Northumberland animal painter. Studied at Goldsmiths’ College School of Art and Royal Academy Schools, under Sir Walter Russell. During World War II Hepple joined the London Fire Service and became an Official War Artist to the National Fire Service, the Imperial War Museum holding resultant work. Hepple was elected RP in 1948, being its president, 1979–83; was elected NEAC in 1950; and in 1961 was made RA. Hepple’s many portraits included HM The Queen, HRH The Duke of Edinburgh and other members of the royal family. He also painted landscapes, horses and flowers for relaxation, as shown in his show at Spink & Son, 1987.