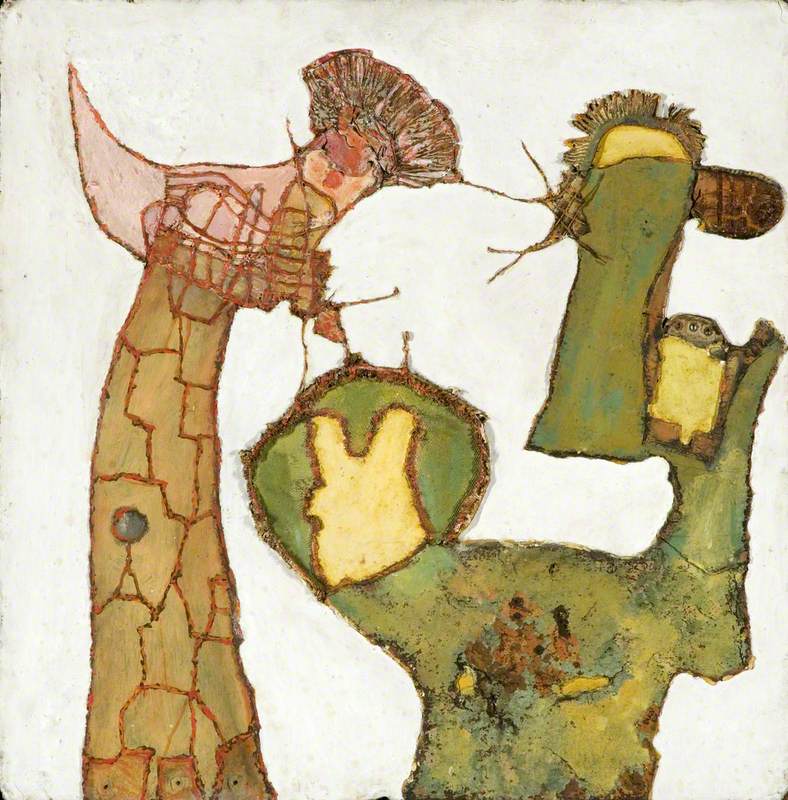 Artist and teacher working in a wide range of media, born in London, who attended Stowe School, 1931–3, then through his mother became connected with the Bloomsbury Group. In 1935–6 studied biology at Chelsea Polytechnic, and was active in the Group Theatre with Rupert Doone and Robert Medley. While assisting Helmut Ruhemann the picture restorer Henderson, with the encouragement of Peggy Guggenheim, developed as a Surrealist painter and collagist, showing at Guggenheim Jeune.

Read more
After serving as a pilot in Coastal Command in World War II Henderson suffered a nervous breakdown, but recovered to study at Slade School of Fine Art and experimented with photograms using bomb site debris. In the early 1950s Henderson combined teaching creative photography at Central School of Arts and Crafts with photojournalism for Flair, Architectural Review and Melody Maker and did posters for jazz musician Ronnie Scott. In 1952 with his friend Eduardo Paolozzi was involved in founding the Independent Group, and together they set up Hammer Prints Ltd, 1955–61. From 1957–60 Henderson taught part-time at Colchester School of Art, in 1965–8 taking over the photography department at Norwich School of Art, with which he was long connected. In 1976 Henderson completed a mural for University of East Anglia, Norwich. Henderson had a retrospective at Kettle’s Yard, Cambridge, 1977. A major show toured from Norwich School of Art Gallery, 1982–3, one from Gainsborough’s House, Sudbury, 2001–2, and The Mayor Gallery showed photographs and collages, 2003. It also held an exhibition of Henderson’s Photographs of the East End 1949–1953 in 2004, another of Distressed & Altered Photographs 1950–1982 in 2006. Tate Gallery holds his work. Lived for many years at Landermere Quay, Essex.