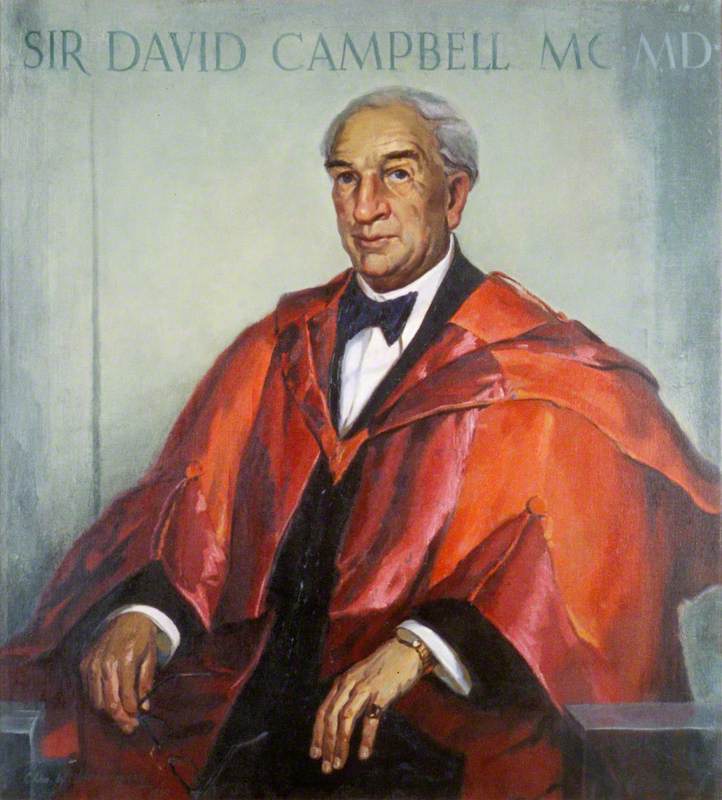 Artist and teacher, born in Strichen, Aberdeenshire, where the local school, directed by Benjamin Skinner, set high standards, Hemingway leaving with an excellent academic record. After studying at Gray’s School of Art, Aberdeen, Hemingway tried to live as a painter in Paris and London, after which he taught in Inverness, then returned to teach at Gray’s. A colleague, James Cowie, and El Greco were early influences. Aged 27, Hemingway joined the staff of Aberdeen Grammar School, students remembering his eccentric, volatile and humorous style and commitment as an artist. During World War II Hemingway joined the Royal Engineers, then the Army Education Corps, was involved in aerial photographic reconnaissance and served in India. Returning to the Grammar School, Hemingway developed his department, inviting Bernard Leach to lecture to the new pottery group, setting up a film society and theatre as well as a film society in Aberdeen.

Read more
He exhibited with the RA, RSA and the Aberdeen Artists Society and carried out prestigious commission portraits, including Sir David Campbell, for Aberdeen University. Hemingway’s later work became less rigid, with freer handling of paint, a more courageous use of colour and the influence of Surrealism evident. An exhibition of work by Hemingway and his pupils was held at Aberdeen Art Gallery in 1994 and Bonhams & Brooks, Lots Road, sold a group of Hemingways in 2000.