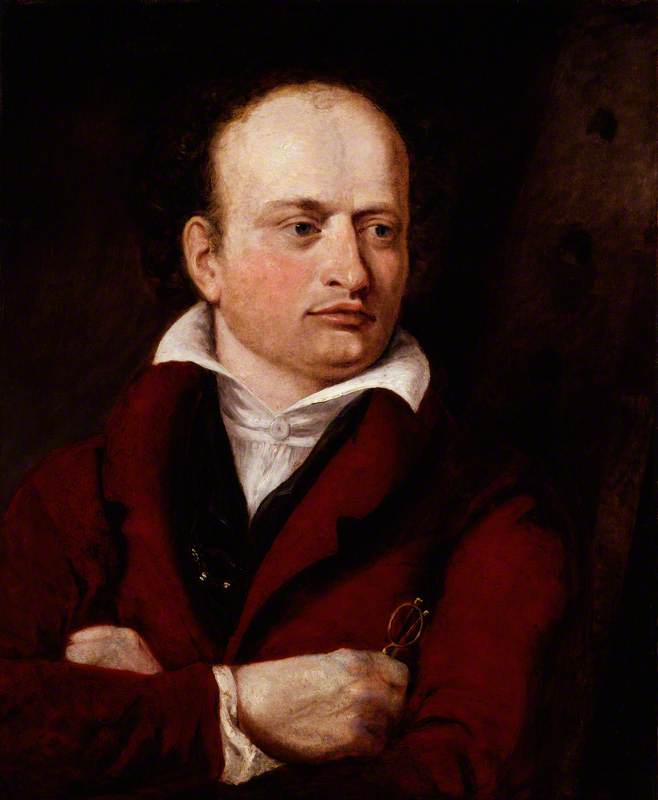 (b Plymouth, 26 Jan. 1786; d London, 22 June 1846). English painter and writer, a mediocre artist but a fascinating personality. Inspired by Reynolds's Discourses, he aimed to bring a new seriousness to British art by producing historical and religious work in the Grand Manner and through them to educate and improve public taste. His life, which was punctuated by bankruptcy, imprisonment, and disputes with patrons, was a story of bombastic frustration and stubborn opposition to the establishment (particularly the Royal Academy), as he fought continuously for personal recognition and argued for the social purpose of art.

Read more
However, his talents fell far short of his lofty ambitions, his multi-figure compositions degenerating into turgid melodrama. His great monument, rather, is the massive collection of autobiographical writings he left behind him (various editions have been published), which gives fascinating insights into the contemporary artistic scene and paints a vividly detailed picture of his disturbed mind and tragicomical life. He was closely linked with the Romantic movement in literature, particularly with William Wordsworth, who wrote a sonnet to him, and with John Keats, painting portraits of both of them (NPG, London), and but for his lack of talent he would exemplify all the traits traditionally ascribed to the Romantic concept of genius. In true Romantic fashion his death came by suicide.