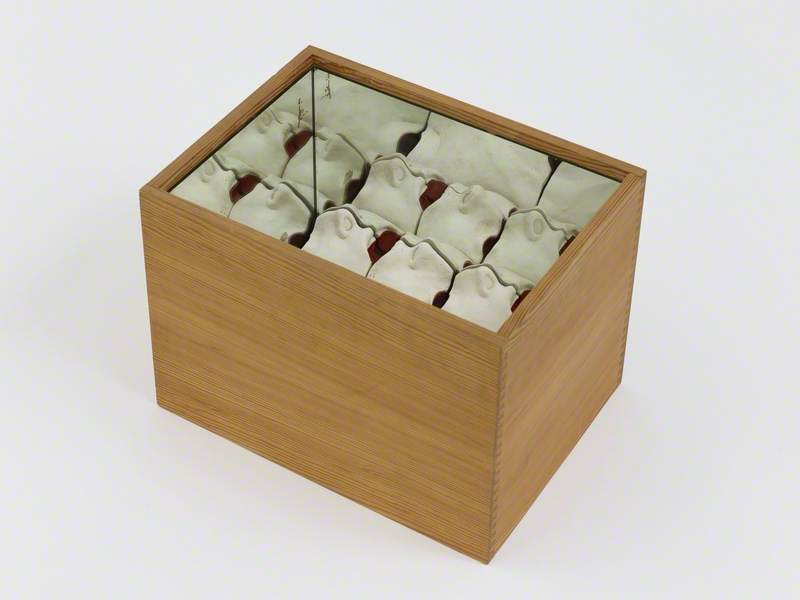 Artist and teacher, born in Hollywood, California, who was for a time married to the artist Peter Blake. She was one of the seven founders of The Brotherhood of Ruralists in 1975 which had its first show at RA in 1976. Haworth studied at University of California, Los Angeles, 1959–61, and at Slade School of Fine Art, 1962–3. In the 1970s founded The Looking Glass School in Wellow, Avon, for children, with a group of similarly minded parents to share teaching. As well as painting she created masks and figures in terracotta and other materials. Contributed to group shows, including Four Young Artists, 1963, and The Obsessive Image, 1968, at ICA; RA; and Ruralist exhibitions. Solo shows were held at Robert Fraser Gallery, 1964–9; Arnolfini Gallery, Bristol, and Leslie Waddington, both 1974, and elsewhere.

Read more
Was included in the survey exhibition The 1960’s at England & Co, 1993, and in the same year had her first solo show for 20 years at Gimpel Fils. With the writer Richard Severy she created a series of illustrated children’s books. Haworth in 1997 settled in America at Sundance, Utah, in 2000 showing at the Sundance Screening Room. A show at The Mayor Gallery in 2006 had an informative illustrated catalogue.