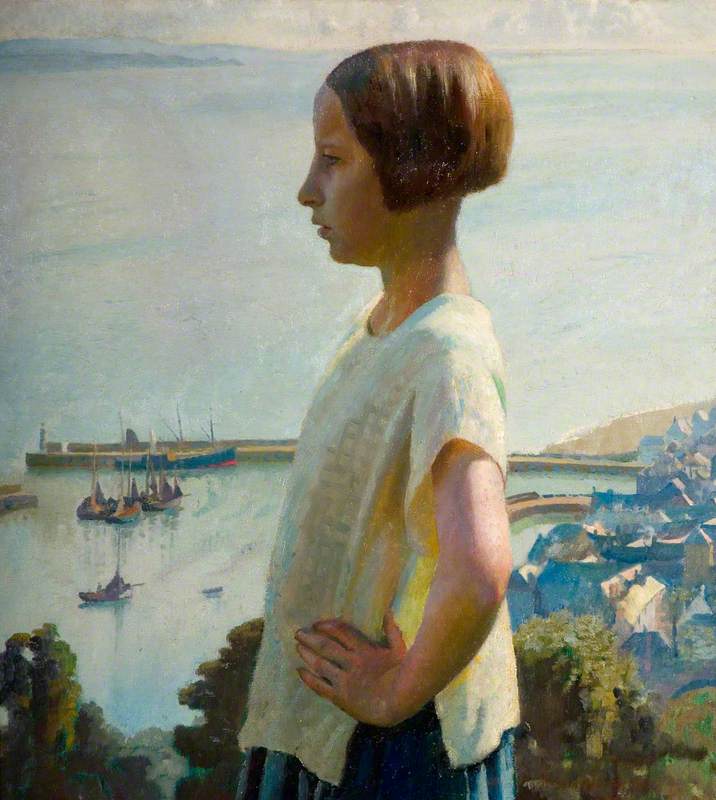 Painter, born in Penzance and who studied under Norman Garstin and afterwards in Paris at the Académie Julian, 1894–96, Académie Colarossi and Académie Delecluse also in 1896.

Read more
He began his painting career as a follower of the early Newlyn artists, particularly Stanhope Forbes. He exhibited at the RA from 1898, also at the RHA, ROI, Goupil Gallery and in the provinces and abroad and held solo exhibitions at the Leicester Galleries in 1918, 1920 and 1926. Harold Harvey was an elected member of the RCA, 1909–13 and the NSA. He achieved public recognition and was selected to take part in the Venice Biennale of 1924. During the 1920s he ran a school of painting with his friend Ernest Procter. His work is represented in several public collections including the Birmingham Museum and Art Gallery, Brighton and Hove Museums and Art Galleries, Manchester Art Gallery, National Museum of Wales, Oldham Art Gallery, Penlee House Museum, Plymouth Art Gallery, Royal Cornwall Museum and the University of Exeter Art Collection. Harvey also produced some paintings for the church at St Hilary. His wife Gertrude Harvey was also an accomplished painter. In 2001, Penlee House Museum organised a major touring exhibition of his work, entitled 'Painter of Cornwall'.