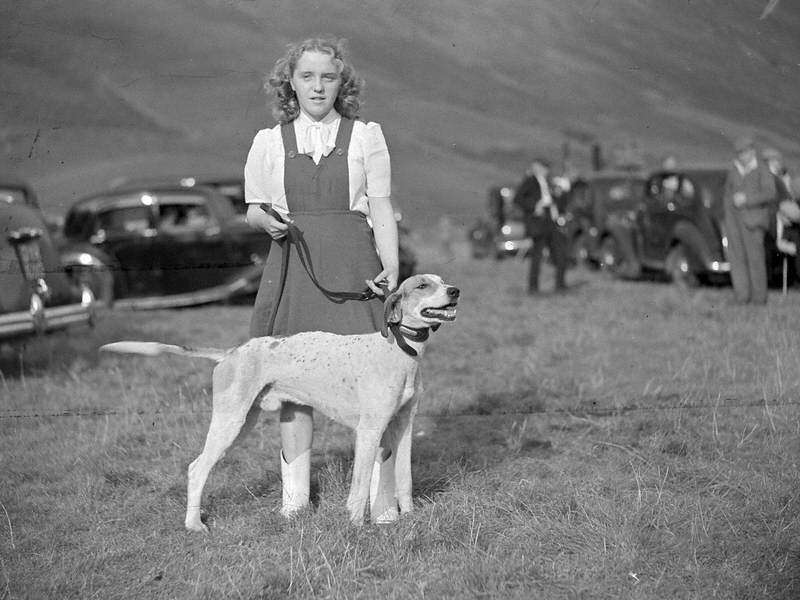 A Girl and Her Hound

Joseph Hardman (1893–1972) was born in Radcliffe, near Manchester but moved to Kendal in 1911. He was a keen photographer so joined the local Photographic Society and made the acquaintance of Clarence Webb, who channeled his enthusiasm for photography and provided advice and guidance. As an amateur, Hardman sold a few of his photographs to local newspapers and the response with which they were met probably played a part in encouraging him to make photography his main occupation. Hardman often worked freelance for The Westmorland Gazette, often covering up to 200 miles a week in a taxi.

Read more
He tirelessly documented local events, personalities and traditions such as the Lyth Valley damson harvest. He also attended informal rural events like shepherds’ meets, cataloging a way of life that was, even then, changing. Hardman’s photographs appeared in local and national newspapers and magazines, as well as several books, winning countless awards. He followed the seasons and the agricultural calendar, making use of lighting and weather conditions to ‘show up the changing moods of an area of high scenic wealth’. His photographs often involve a single figure surrounded by breathtaking views of the hills and mountains, although throughout his career he disliked shooting the common type of portrait as well as wedding photographs. The relaxed stances of his ‘models’ are evidence of the extent to which he was known and liked locally.